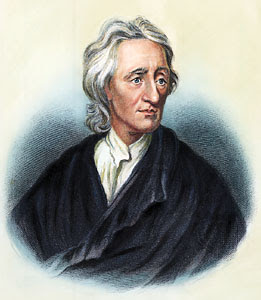 John Locke's political theories began to alarm the English establishment at the time of the French Revolution, and prior to this during the American Revolution, though for a good bit of the eighteenth century he had, so to say, been 'tamed' and 'domesticated.' But as radical times demand radical ideas, so Locke was rescued from a wooly consensus and revivified as a champion of liberty.

In a debate in the House of Commons in 1776, John Wilkes recited from Two Treatises of Government, demanding 'fair and equal representation.' In the 1790s Thomas Erskine, a radical Scottish lawyer, drew on the Second Treatise in his arguments for universal manhood suffrage. Locke also underpinned some of the great political testaments of the day, including Joseph Priestly's Essay on the First Principles of Government and Richard Price's On the Nature of Civil Liberty. His thought was also reinterpreted in a crypto-socialist light, in such works as The Real Rights of Man by Thomas Spence and The Complaint of the Poor People of England by George Dyer.

Given all this it comes as no surprise that there was a conservative back-lash, which grew steadily in intensity. It really begins with Josiah Tucker's The Notions of Mr Locke and his Followers, extended and republished in the 1780s as the Treatise Concerning Civil Government. Like a dog in pursuit of a bone, dear old Josiah simply refused to let go, later publishing The Evil Consequences Arising from the Propagation of Mr Locke's Democratic Principles. Phew!

And so it went on. Edmund Burke himself makes no mention of Locke in his Reflections on the Revolution in France, though others made good his omission. Writing in 1798 William Jones described Locke as "...the oracle of those who began and conducted the American Revolution, which led to the French Revolution; which will lead (unless God and his mercy interfere) to the total overthrow of religion and government in this kingdom, perhaps the whole Christian world."

As the Counter-Enlightenment progressed Locke's portrait was taken down from the hall of his old college, Christ Church in Oxford, from whence he had been expelled by order of Charles II in 1684. The Monthly Repository, a dissenting journal, lamented that this was "Locke's second expulsion from Oxford."
Posted by Anastasia F-B at 15:50