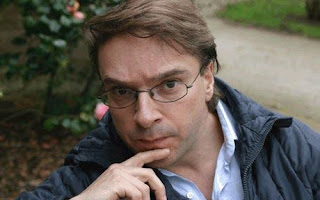 Not so long ago I wrote a blog called The Knives of Academe detailing some rather dubious goings on among academic folk. The short of it is that the Amazon UK book review pages were being used to talk up the work of Professor Orlando Figes, a specialist in Russian history at Birkbeck College, and talk down just about everyone else. The reviews in question were added by someone going by the code name “Historian”, who supposedly turned out to be Stephanie Palmer, Figes’ wife. Except it wasn’t; that was just a cover: it was Figes himself.

The Knives of Academe was written with light-hearted intent, on the assumption that Stephanie was just taking the role of the loyal partner a stage too far, praising her husband and damning the likes Rachel Polonsky, who had been fairly acidy about aspects of his work. Now the humour has died.

Figes’ work, some of it excellent, did not stand or fall by Amazon review but by his general reputation in the academic world and among educated readers beyond. His A People’s Tragedy: Russian Revolution, 1891-1924 will remain, I am convinced, a classic in the field. He is a far better writer and historian than Robert Service, professor of Russian history at Saint Anthony’s College, Oxford, one of the people he rubbished on Amazon. But what he has done in using and abusing Amazon in this way; what he has done in attempting to use legal threats to stop people finding out exactly who “Historian” was, seems to me to be an academic version of the Watergate scandal.

It is tragic, it truly is, for a historian of his stature to describe the work of a rival as “awful” while describing one of his own titles as “a fascinating book…one that leaves the reader awed, humbled yet uplifted.” His actions, moreover, were just as inept as those of the Watergate burglars because he left a path right back to his door. Amazingly “Historian” used the secondary name of “Orlando-Birkbeck.”

To compound his awful offence, to save himself from professional embarrassment, he allowed his wife to offer herself as a cover, pretending that it was she and not he who had added the reviews in question. It makes matters considerably worse that he then tried to use the cudgel of the law to stop people asking questions. Robert Service quite rightly says that this whole episode highlights the need to do something about the law of libel, particularly when it’s used to stifle debate.

The most recent report I read on this sorry business said that Figes was now on sick leave and that his college was offering him its full support. It seems to me almost impossible for his reputation as a scholar to recover from his attempt at professional assassination. Service has said that he is glad that this “contaminated slime has been exposed”, which I take to be a measure of the morass into which Figes has sunk. I’m not sure how he will ever be able to face his colleagues or students again.
Posted by Anastasia F-B at 16:09