The Knives of Academe 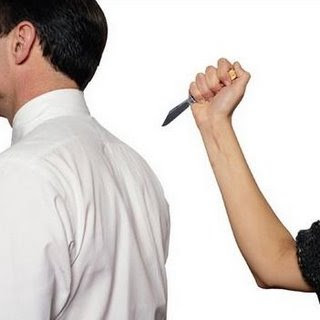 If you think that politicians are notorious backstabbers I can assure you that they are angels in contrast to the devils who haunt the groves of academe. Thinkers, writers and intellectuals don’t just stab rivals in the back, no; they hang around afterwards waiting to dance of their graves!

These reflections have been brought on by a little literary scandal, one which has spilled out from the Amazon UK book review pages, one that really has reached new depths of perfectly childish rancour. It concerns a savage and unpleasant review - since removed - of Rachel Polonsky’s recently published Molotov’s Magic Lantern: A Journey in Russian History by someone who went by the codename of “Historian”.

Now before I proceed I should say that I’m in the middle of this book at the moment and what I’ve read so far is first rate, a superb and idiosyncratic trip through the history of modern Russia. But “Historian” thought the writing dense and pretentious, wondering why the book was ever published. We are all entitled to a view, of course, but there is a story attached to “Historian”, indeed there is; for “Historian” is Stephanie Palmer, a law lecturer at Cambridge, who just happens be the wife of Orlando Figes, a history professor at Birkbeck College. This is where the tale gets truly murky. 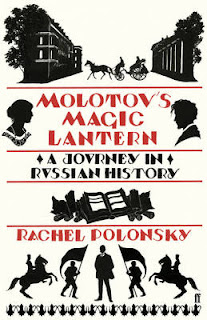 I admire Figes, another fine historian. I particularly admire his A People’s Tragedy: Russian Revolution, 1891-1924, one of the best treatments of the subject I have read. I also read his Natasha’s Dance, a trot through the cultural history of Russia, which I quite liked, though it’s far less assured and fluent. Doctor Polonsky did not like it; Doctor Polonsky reviewed it in the TLS, dismissing it as “pastiche writing.” I’m not sure who was more upset by this, Professor Figes or Professor Mrs Figes, but she was the one who took on the role of Nemesis, or at least the role of “Historian.”

But, my goodness, if one is to come as an assassin a little elementary skill is required. Dear Stephanie clearly has no skill at all, for she gave her secondary nickname on Amazon as “Orlando-Birkbeck”, which immediately pointed the finger in her husband’s direction, first forcing him to deny that he was the author and then forcing him to reveal it was his wife after Polonsky threatened to take legal proceedings.

“Historian” was a women on a mission; not only did she rubbish Polonsky but she questioned the wisdom of the judges in awarding the 2008 Samuel Johnson prize for non-fiction to The Suspicions of Mister Whicher by Kate Summerscale, an award for which her husband was shortlisted. She went from there, describing Robert Service’s biography of Stalin as “curiously dull”, recommending instead The Whisperers, to which she gave five stars for the author’s “superb storytelling skills.” And who is the author? Yes, you guessed it – Professor Orlando Figes! 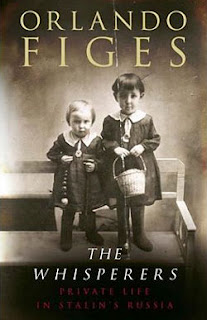 One thing “Historian” and I can agree on: Service’s book on Stalin is dull. But I would go even further: it’s full of stale clichés, so bad that I stopped reading it three-quarters of the way through, so bad that I will never again pick up a book by Service. And before you ask I assure you that I am not “Historian”, I am not Mrs Professor Orlando Figes!
Posted by Anastasia F-B at 16:01