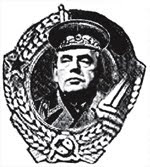 I like Private Eye, the satirical magazine edited by Ian Hislop and owned by Lord Gnome, a good friend and hunting companion of mine (it’s a joke; it’s a joke!), though I’m not a subscriber, merely an occasional reader.

Recently I’ve taken to buying it more consistently as issues appear. I do this for one reason and one reason only: I simply can’t get enough of the Prime Ministerial Decrees, those bolts of Zeus coming from the office of Comrade Gordon Brown, the Supreme Leader. They are wonderful, enlightening, inspiring, motivational…and jolly funny!

Recently the dear man has been telling us just how wonderful Comrade Darling was in delivering his budget, and promising that he will remain in post after the successful ‘General Plebiscite.’ This particular decree was accompanied with a picture of the dear comrades in uniform. It also comes with the Supreme Leader’s Five-Year Pledges, which I feel sure you are all very anxious to know about. Well here they are;

I solemnly pledge a better Britain for all our communities.

I solemnly pledge a fairer community for all our Britains.

I solemnly pledge a better community for all our Broadband British users.

I solemnly Broadband a fairer pledge for all our British furniture

I solemnly furniture a fairer Broadband for all our better British pledges.

Now, what more could you possibly want to affirm the Dear Leader in the coming General Plebiscite?

The latest decree, Number 68, carries a warning against the forces of Neo-Cameronite Reaction and Bullingdonian-Borisite-Feudalism. The Supreme Leader points us instead to bright horizons, sun-lit promised lands and futures fair for all. There is also a message appended to the decree by Comrade Lord Madelson. I think it worth drawing this to the attention of all comrades;

In my capacity as Supreme Commissar for Trade and Everything Else, I urge all comrades to rally to the support of the party in the forthcoming plebiscite. Whatever our feelings about the desirability of Comrade Brown continuing as Supreme Leader, it is vital that we all vote for him. No one has worked so hard for so long in the service of this great community.

It is not to be wondered that he looks so knackered and washed-up. And I would be the last to blame should he wish to step down shortly after his sensational victory and, rather than serve five years, chose to serve, say, five or six weeks. He could then hand on the baton to a worthy successor whom you might find much more attractive – someone, for example, whose address book contains the names of you all. (Not to mention your recent medical history and the increased statistical odds of you dying if you don’t vote for the Supreme Leader.)

So, comrades, consider yourself warned, and do not be seduced by counter-revolutionary blonde Tory bloggers, blond mayors and the general forces of Neo-Cameronite Bullingdon reaction. :-)