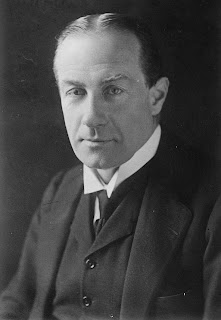 Stanley Baldwin, prime minister of England at the time of the Abdication Crisis, was a very cautious man, taking advice at almost every stage as the 'King's Great Matter' progressed. He came to rely, in particular, on Sir Donald Somervell, the Attorney-General, as well as Sir John Simon, the Home Secretary and a former Attorney-General. Somervell took the view that it would be unconstitutional for the monarch to marry contrary to the advice of his ministers. It would effectively turn the English constitution backwards, to the situation prevailing prior to the Glorious Revolution in 1688, which placed firm limits on the prerogative powers of the monarchy.

On the possible morganatic solution Edward initially treated this with distaste, though finally agreeing that it be worth trying as a way of keeping him on the throne, with his wife without the position of Queen but with a title, such as the Duchess of Cornwall. When the proposal was put to Baldwin he was non-committal, but agreed to refer it to the Cabinet. But he remained unconvinced. Somervell confirmed that the whole thing was quite hopeless, telling the Prime Minister what he already knew, that "the wife of the King is Queen", and that it would require an Act of Parliament to prevent such a result. It would, Somervell said, be an odd Act, which, if honest, would have to start;

Whereas the wife of the King is Queen and whereas the present King desires to marry a woman unfit to be Queen, Be it hereby enacted etc. etc. 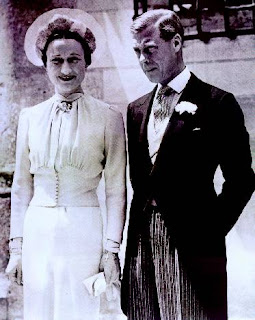 The matter was placed before the Cabinet, as Baldwin promised, but was greeted without enthusiasm, most feeling, as Neville Chamberlain noted in his Diary, that it would simply be the prelude to making Wallis Queen. In the end Edward was told that the proposal was impossible.

I simply cannot conceive of any situation in which Edward would have married unilaterally. Even he, limited as his intellect was, would have been aware that the constitutional crisis that would have followed may have come close to destroying the monarchy itself, or at least forcing on him the same fate as that of James II. Yes, there probably would have been those who would have supported the King in all circumstances, not a political outcome, I think, that would have settled well with most British people. If he wanted to marry Wallis he had to abdicate; there was no other way.
Posted by Anastasia F-B at 16:45