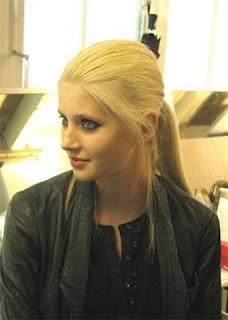 Tomorrow Ana the Imp is exactly one year old; yes, it’s the first anniversary of my blog, and my, how she has grown! Here is what I wrote in my first piece last April;

Well, here I am, in my very own blog! This is just by way of a very brief introduction. What I intend to do over the next few weeks is to centralise pieces I have written elsewhere before beginning to write some new stuff. I want a complete record of my work, my best work, which covers everything from dissertations on subjects as varied as history, books, philosophy, art, witchcraft, as well as some personal biographical pieces. I love writing, I always have, and I play with words for the sheer pleasure of doing so. This will be my online journal, a true insight into what I am and how I think. I'm here; yes, I am!

I didn’t quite keep to this plan, for I started to write new pieces virtually from the outset. I wasn’t completely new to blogging, as I shared a platform with my good friend Retarius (Retarius and Anastasia), though my contributions there were initially limited to comments only. I only added more substantive stuff after I gave birth to Ana the Imp. Before both I had contributed to Wikipedia, chiefly answering questions on the Humanities Desk, where I was Clio the Muse.

I had intended this blog chiefly to be about my intellectual interests, though as time has passed I have become progressively more political. The times, really, have thrust this upon me. I love the past, I love everything connected with the past, love the history of my country in particular. It breaks my heart to see it betrayed by a collection of second-rate political mediocrities.

I am political – I have been a member of the Conservative Party since I was a teenager – though this was not the most important part of my makeup; it is fast becoming the most important part. Since last summer, not long after I began this blog, I also started to write on the My Telegraph website, initially just as Anastasia before I decided to harmonise the two blogs. Some of the stuff I have written here can also be found there, although for the most part I try to stick to original contributions. Telegraph Ana is also a much more political creature.

So, happy birthday to Ana! Let me leave you with the two pieces of music that serve as alternate themes for this blog. Love from the little devil girl, who comes in colours everywhere. :-))