The One Who Survived 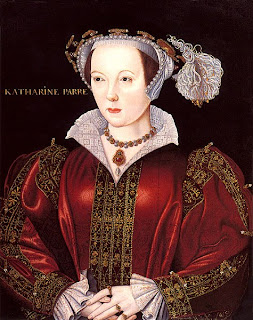 Catherine Parr was probably the most intelligent of Henry VIII’s six wives; she was certainly the most literate. She financed the translation of Erasmus' Paraphrases of the Gospels, choosing the translators for each book, and may very well have translated The Boke of St Matthew herself. She certainly translated John Fisher's Psalms or Prayers. Her greatest achievement, though, was in writing Lamentations of a Sinner, the first work every published by a Queen of England, and the first in prose to be published by a woman in the sixteenth century.

Catherine was also a figure of some political influence. It was largely thanks to her that Princess Mary was brought back into the line of succession. She was trusted enough by Henry to have diplomatic conversations with the ambassadors of the Emperor Charles in the interest of improving Anglo-Imperial relations. When Henry went campaigning against France in 1544 he appointed Catherine Regent-General. She was highly adept in the arts of governance, even being bold enough to countermand an order from the King over military supplies.

So, in all, much more than the most married English Queen!
Posted by Anastasia F-B at 16:21