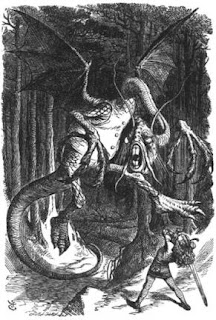 I begin to wonder more and more what British membership of the European Union, that monstrous Jabberwocky, has actually achieved? Well, it has made Britain part of a bureaucratic pseudo-state, one marked by unimaginable degrees of corruption, waste and inefficiency. It lacks any kind of popular legitimacy, judging by the numbers who bother to vote for the peripatetic 'parliament'.

Even when people are allowed a direct voice, as over the question of the constitution, they are ignored. The said constitution has simply walked in the back door. The British people have been continually misled over Europe by government after government. Harold Macmillan deliberately suppressed a report on the legal consequences of membership, one that warned of the loss of national sovereignty. Edward Heath continued the deception by saying that there would be 'no loss of essential national sovereignty', when the whole European project could not exist but for this surrender. Both the Labour and the Liberal Democrat parties denied that European integration had anything to do with federalism, though both happily associated themselves with Jean Monnet's Action Committee for the United States of Europe (ugh!). In the 1975 Referendum on British membership Harold Wilson said that European Monetary Union would never occur. Well, it has!

Deception followed hard upon deception, as the Common Fisheries Policy has all but destroyed the British fishing fleet, as the absurd and wasteful Common Agricultural Policy has meant dearer and dearer food. Membership of the European Exchange Rate Mechanism induced arguably the greatest British post-war recession before the banking crisis, and cost billions to exit.

Peter Mandelson went on record some time ago, saying the idea of a European super state was dead. Who now believes that? I would like to see my country take the bold step and get out, once again asserting full sovereignty over our affairs in a truly meaningful declaration of independence. Alas, the truth is the iron law of oligarchy is likely to take an even deeper hold. But, I shall lift my sword and march into combat.

And, has thou slain the Jabberwock?
Come to my arms, my beamish girl!
O frabjous day! Callooh! Callay!"
He chortled in his joy
(Apologies to Lewis Carroll) :-)
Posted by Anastasia F-B at 16:51