In Hungary the fascist-style Jobbik party is ready to make an electoral breakthrough as the ruling left-wing MSZP looks set to collapse in the wake of accusations of corruption and economic mismanagement. The fact is that neither the end of communism nor membership of the European Union has brought the lasting benefits that ordinary Hungarians expected.

With parliamentary elections scheduled for 11 April predictions are that the centre-right Fidesz Party will take the lead, with the MSZP falling into third place behind Jobbik, headed by Gabor Vona. If this turns out to be true Jobbik has come a long way. In 2006 the party failed to get a single member into parliament. It already has a representation in the European Parliament in the person of Krisztina Morvai, a former lawyer and mother of three, the acceptable face of Hungarian fascism.

Fascist, are they fascists? There is a history here, one that the modern movement would very much like to cover in the cloak of forgetfulness. For many Jobbik is viewed as the successor to the Arrow Cross Party, which briefly held power towards the end of the Second World War, when Hungary was an ally of Nazi Germany. Headed by Ferenc Szálasi, the Arrow Cross government was notorious for its anti-Semitic excesses in the last frenzied stages of the Holocaust.

Certainly Jobbik does little to allay these fears, with its rhetoric and its rallies, with its paramilitary Hungarian Guard and its attacks on the Roma, Hungary’s large gypsy minority. It has to be said, though, that hostility towards the Roma is a popular cause in Hungary, going far beyond the ranks of Jobbik. Although this ultra-nationalist movement carries too many reminders of a rather unpleasant past to be accepted by the political mainstream it’s still part of the pulse of modern Hungary, a nation whose history was sublimated for such a long time after the end of the Second World War. After all, those who cannot remember the past are condemned to repeat it. 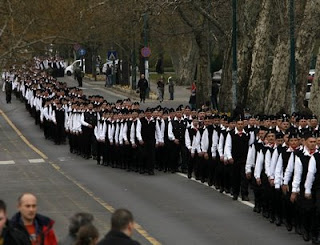 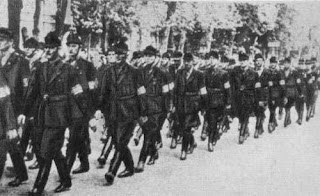 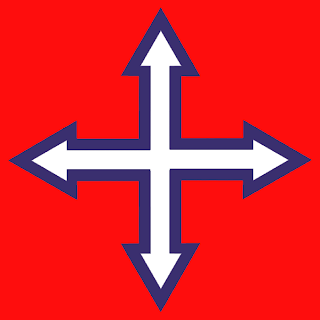