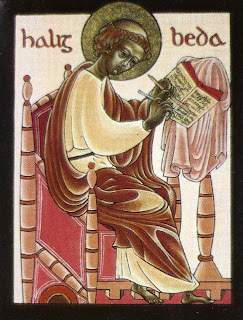 The History of the English Church and People has a clear polemical and didactic purpose. Bede sets out, not just to tell the story of the English, but to advance his views on politics and religion. In political terms he is a partisan of his native Northumbria, amplifying its role in English history over and above that of Mercia, its great southern rival. He takes greater pains in describing events of the seventh century, when Northumbria was the dominant Anglo-Saxon power, than the eighth, when it was not. The only criticism he ventures of his native Northumbria comes in writing about the death of King Ecgfrith in fighting the Picts at Nechtansmere in 685.


This defeat Bede attributes God's vengeance for the Northumbrian attack on the Irish in the previous year. For while Bede is loyal to Northumbria he shows an even greater attachment to the Irish and the Irish Celtic missionaries, whom he considers to be far more effective and dedicated than their rather complacent English counterparts.


His final preoccupation is over the precise date of Easter, which he writes about at length. It is here, and only here, that he ventures some criticism of St Cuthbert and the Irish missionaries, who celebrated the event, according to Bede, at the 'wrong' time. In the end he is pleased to note that the Irish Church was saved from error by accepting the 'correct' date for Easter. And for men like Bede this was no trivial matter.
Posted by Anastasia F-B at 12:23