The Lords of the Forest 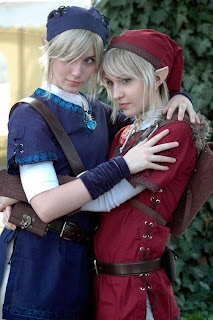 Elf is an Anglo-Saxon word referring to the indigenous spirits of the Germanic lands. The word 'fairy' is of French derivation and began to gain in popularity over the older elf from the fourteenth century onwards. Often the terms were used interchangeably, as if they meant the same thing, with the elves steadily diminished in size, significance and overall stature, finally becoming the fey creatures of children's stories, insect-like with wings.

But the Anglo-Saxon elves were a far more significant and potentially dangerous race altogether. They feature heavily in the spells and charms of pre-conquest England. Many of these were intended as protection from the elves themselves, so its reasonable to assume a hostile relationship with humanity, although it has been suggested that in pre-Christian times a spiritual alliance existed between elves and people, an alliance said to be broken with the advent of the new faith. Once this alliance had ended the elves in their bitterness turned dangerous, though it's just as likely that people were taught to fear them by the Church. 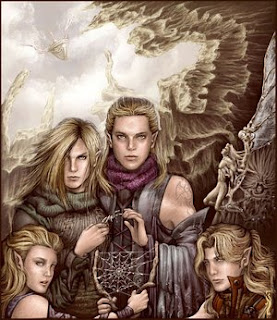 By the twentieth century the elves had not just been tamed but given a somewhat ridiculous make-over as Santa’s little helpers. It was thanks to the fictions of J. R. R. Tolkien, particularly The Lord of the Rings cycle, that they were rescued as part of his attempt to recreate a mythology for England, lost by the advent of the Normans. They are back as beautiful, war-like and human-sized creatures; back as archers, healers and artisans, sacred, immortal, good and dangerous at one and the same time; a race with their own kingdoms, eternally apart from those of the humans. With their eventual departure from Middle Earth magic travelled with them into the sunset. 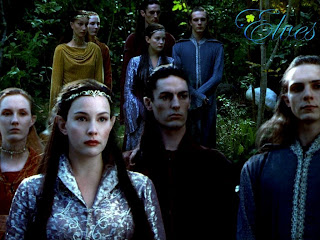