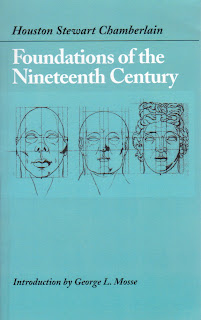 The 1911 English translation of Houston Stewart Chamberlain’s tendentious tome The Foundations of the Nineteenth Century was greeted with surprising enthusiasm, receiving positive reviews in most of the British press.

It was praised in The Spectator as " a monument of erudition"; the Birmingham Post said that it was "glowing with life, packed with fresh and vigorous thought"; the Glasgow Herald thought that it would be difficult to "over-estimate the stimulating qualities of the book." In the Times Literary Supplement it was declared to be "one of the books that really mattered".

In the left-wing Fabian News George Bernard Shaw called it a "historical masterpiece". Those who failed to read it, he continued, would be unable to talk intelligently about contemporary sociological and political problems. In the US Theodore Roosevelt, altogether more cautious, highlighted the extreme bias of the author, an accurate judgement that seems to have escaped everyone else, but praised his denunciation of social egalitarianism.

Anyone who has ever dipped into Chamberlain's tiresome book will have to wonder just exactly where all of this enthusiasm came from. A reflection of the times, I suppose 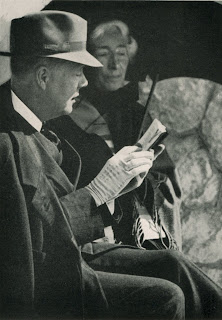