The Stupidity of Moral Imperialism 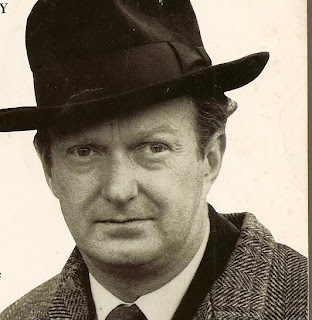 I’ve been doing a spot of research on the life of Auberon Waugh, the eldest son of Evelyn Waugh the novelist, who died in 2001. He comes across as something of an unpredictable eccentric, a man with a unique view on political matters.

Although he tried to follow in his father’s literary footsteps, and published some early novels, his work here was disappointing. Instead he became a superb columnist and critic, writing for a variety of publications, latterly editing The Literary Review. He was a perceptive man, seeing through the cant that so many politicians use to justify their actions. He was a Tory but not in any conventional sense. He hated socialism in the same way that I, a scholar of seventeenth century history, hate Puritanism (I hate socialism as well!), simply because it’s the philosophy of the joyless, wanting to ban this pleasure or stop that vice, when really we should all be allowed to go to hell in whatever fashion we choose. But it’s his views on international affairs that I find refreshingly different.

I believe that we have been deceived, and deeply so, on the need to go to war in such places as Afghanistan and Iraq. I believe that Saddam Hussein, a third-rate dictator and thoroughly unpleasant man, was, even so, given a world historical significance that he never had. I am deeply opposed to my country joining with the United States, or any other nation, in the world policeman role, the twenty-first century version of imperialist gun-boat diplomacy.

Given this I was delighted to discover that Waugh believed that after the fall of the Berlin Wall NATO, as a defensive alliance, had lost all purpose. I take the view that its continuing existence, especially given its steady expansion into the backyard of the old Soviet Union, has only served to alienate Russia, a country with whom we in England should be on the closest terms. I believe that it was suspicion of NATO that contributed indirectly to Russia’s brief war with Georgia, that and the irresponsibility of Georgian leadership.

Waugh’s view was even more trenchant. With the end of the Cold War NATO morphed into a “human rights” war machine. Of the hysteria that led to the Gulf War he wrote “I have stuck resolutely to my thesis that there is no Gulf crisis, it has all been cooked up by self-important politicians.”

It was this frightful ‘moral imperialism’ that lead also to intervention in the former Yugoslavia. Waugh rejected what he saw as the lying propaganda used to justify a campaign of ruthless bombing of Belgrade. He took a brave and lonely stand back in 1999, openly saying that Serb atrocities had been deliberately exaggerated. This is a time when we were being told that no less than a quarter of a million Kosovo Albanians had been killed by Serb forces, which turned out to be a massive lie. 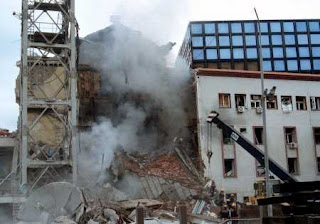 Like Waugh we should always been on our guard against hysteria whipped up by hypocritical and self-serving politicians. The so-called war on terror, NATO clunking around the planet like some dim-witted ogre, has made us considerably less secure, even less secure than the days of the Cold War. This is a sad but simple truth. 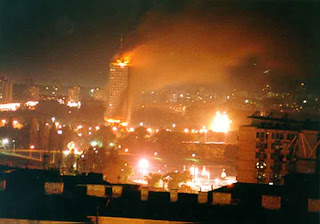