Bread without the Circuses- the Mad Economics of Labour 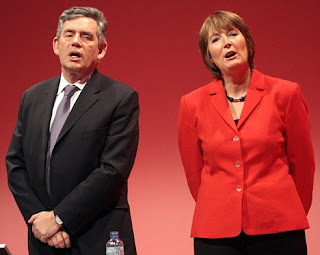 The mantra goes out from Gordon Brown, don’t rock the boat, don’t do anything to endanger our fragile economic recovery, don’t cut public expenditure, well, not too fast, at any rate. Recovery, I have to ask, what recovery? His administration has drowned this country in levels of unsupportable debt, debt that will undercut any sustained economic recovery. We are on the road to Athens or Dublin, it really does not matter; for the end result will be the same.

The supposed recovery is as much of a fraud as the debt-fuelled boom that he encouraged when he was Chancellor of the Exchequer, the most irresponsible ever to hold that high office. In a sane world this man would now be facing a major public inquiry into his conduct of affairs, instead of putting himself forward for a further period of office.

I would urge all of you, especially people who are considering voting Labour, to look behind Gordon Brown’s words; for nothing he says can be taken at face value. Just as he tried to mislead people on the realities of the immigration swamp, he has been deceitful or stupid, I honestly can’t tell which, when he talks about the economy. Last month, as The Spectator points out, he was boasting of the 2.5 million extra jobs that have been created since Labour came to power. Actually that point dovetails quite nicely with the great immigration deception; for these jobs have not been ‘created’, no; they’ve been imported.

The Spectator has obtained figures showing that an amazing 92% of new jobs since 1997 are accounted for by immigration. Remember that figure, 92%; Polish plumbers and Bulgarian window cleaners, as well as gangs of professional Roma beggars. Well, it’s a kind of job, I suppose!

Here we touch upon another socialist cancer, a New Labour cancer. This party has given us a kind of modern version of the Roman economy, an economy where the proles subsist on public doles while the work is done by foreigners. In other words we pay our people not to work. It’s the bread without the circus, just the view of life that one has from hopeless places like Tower Hamlets.

Of course there are political benefits here in that people living in Tower Hamlets, the slaves of a corrupt and degrading welfare system, vote Labour if they vote at all. These Labour rotten boroughs, to be found throughout the land, from London to Glasgow, are one of the chief supports of this rotten government. There is no real incentive for them to introduce serious welfare reforms when that is likely to have what is, from their point of view, an adverse political consequence.

Labour is not the party of the oppressed and the underprivileged; Labour is the party that needs people to be repressed and underprivileged. There is a natural lethargy in politics, something that keeps people in a kind of rut, something that turns them into voting fodder. No matter how hard I try I simply cannot understand Labour voters, I cannot understand people voting for the outlook from Tower Hamlets. The old Roman Empire was destroyed in part by its wasteful economic contradictions; the New Labour Empire will be destroyed by similar contradictions, taking us all down with it.
Posted by Anastasia F-B at 16:57