Great but not Good 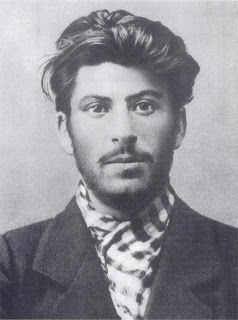 I was asked once in class to choose the person I considered to be the greatest political leader of the twentieth century. That’s easy enough but I also had to defend my choice. It’s always difficult to make assessments of this kind because of all of the variables that have to be taken into consideration; but as far as I am concerned the real political giant of the twentieth century was Joseph Stalin. This does not mean to say that I like him; I do not: not by any measure. But I cannot help but admire him: I admire his ruthlessness, his intelligence, his political skill and his determination.

The son of a cobbler, born of the fringes of the old Russian Empire, he outwitted time and again those better placed than him within his own party, not excluding Lenin. Rising to the top, he industrialized his country in a way that surely saved it when the great test came in 1941. He defeated Hitler- and, yes, it was the Soviet Army that bore the brunt of the fighting against the Germans and several of their allies- going on to outplay Churchill, Roosevelt and Truman. He stands across the twentieth century like a true colossus. He may not have been a good man, but he was a great one. Are the great, I have to ask myself, ever good?
Posted by Anastasia F-B at 16:50