The Politics of Dickens 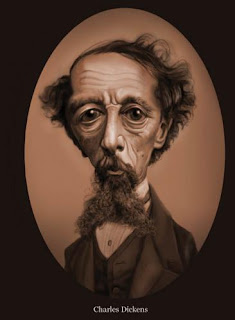 Charles Dickens was a middle-class, middle-brow, radical progressive- understood in the nineteenth century sense of the term- and something, on occasions, of an old-fashioned Tory paternalist, though I am quite aware that he would have hated to be described in such a fashion!

He hated backward-looking aristocratic reaction, the abuse of power by traditional elites; but he feared the consequences of revolution even more, the essential message of A Tale of Two Cities. He was not in favour of Chartism, as we can guess from hostile sentiments he expressed in his correspondence (Letters, III, 282). He celebrated the fall of the French July Monarchy in 1848, while worrying about the spread of 'public bedevilments’ to England.

His fear of the urban under-class was fully expressed in The Old Curiosity Shop, which takes Little Nell and her Grandfather into England's dangerous industrial heartlands. He hated, above all, forms of demagoguery, which, in his view, exploits the oppressed for selfish political ends. He is generous in his perceptions of the labouring-poor, those, that is, who are deserving of such generosity; people like Betty Higden in Our Mutual Friend. It is best, one supposes, that people like this do not think for themselves over-much, otherwise they end up like the muddle-headed Stephen Blackpool in Hard Times!
Posted by Anastasia F-B at 15:54