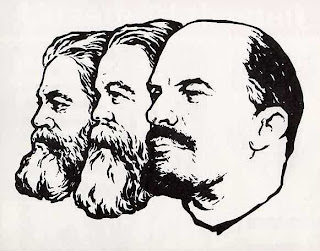 By the late 1890s it was obvious that history was not going to follow the lines predicted by Karl Marx. Capitalism was not impoverishing the working-class; just the reverse. The proletariat was growing richer, not poorer, and thus had much more to lose than 'their chains.' In Germany, home of the largest Marxist party in the world, there were those like Eduard Bernstein who drew the obvious conclusions: that further economic progress would bring socialism of its own accord, without any need for revolution. Capitalism, in other words, was socialising itself. Socialism would thus be attained by evolution, not revolution.

These ideas were taken up in Russia by the likes of S. Prokopovich and E. Kuskova, who put them forward in a pamphlet, which Lenin's sister, Anna, described as the Credo. In this it was argued that the political struggle was a distraction, and the Russian Social Democrat and Labour Party should thus place its greatest emphasis on the economic struggle; the struggle, that is, with employers for the improvement in pay and conditions.

For Lenin these Economists were proposing the worst form of heresy. He insisted on the primacy of the political struggle. But, in support of this position, he looked not to western Marxism but rather into the Russian past, to the likes of Mikhail Bakunin, who argued that people were tyrannised in the first place not by economic systems but by the state and the church. He was effectively turning classical Marxism on its head: for economics, in the Leninist scheme, no longer had primacy. More than that, he began to focus ever more on the corollary of this argument, another reversal of Marxism: that the emancipation of the workers would never be accomplished by the workers themselves. He was now on the high road to Bolshevism, a doctrine that was to owe virtually nothing to Marx, and much to the traditional forms of Russian conspiratorial and nihilist politics.
Posted by Anastasia F-B at 15:48