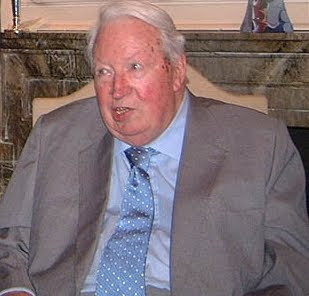 I’ve ordered Philip Ziegler’s recently published Edward Heath, a biography of the former Conservative prime minister. Why? For two simple reasons: first, I really do need to know more about the man and, second, he is the one Conservative leader that excited the most contempt and suspicion in my family, one with a long tradition of support for the Party; he is the one that I learned to hate, if I can put in such melodramatic terms!

Again the question why comes. I suppose it’s because he promised so much and the end delivered so little. He was the man who backed down when faced with a serious challenge. He was also the man who took us into Europe without making the nation aware of the full cost of membership and the future hazards that would be encountered along the way, the hazards that have led to our present terminus, where our national sovereignty is under threat from an unrepresentative and nightmarish bureaucracy.

It’s always a good thing to challenge preconceptions and prejudices but it was William Waldegrave’s review of the book in the latest issue of The Spectator that prompted me into placing my Amazon order. Himself a former government minister under Margaret Thatcher and John Major, Waldegrave knew Heath as well as anyone. It was the conclusion of his review that I found particularly compelling. He says that Heath was;

How could I resist after that? I shall read, digest and review at the earliest opportunity, disguising it in plain covers in case daddy catches me and assumes that I’ve been overcome by a fit of political madness!

Let me add, having lived and grown to political consciousness through the years of the ghastly Tony Blair, the original snake oil salesman, I feel, on reflection, that there may be something to be said for Edward Heath after all. A failure, yes, a disappointment, certainly, but he was a grown-up politician for a grown-up nation. Of the two I would take grocer Heath with all of his faults than phony Tony with all his polish.
Posted by Anastasia F-B at 16:08