A Load of Balls 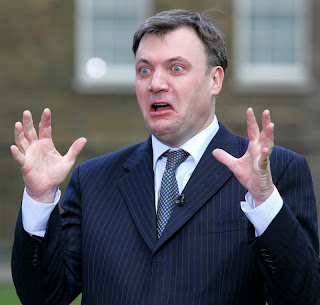 Just so, I tell you, there will be more joy in heaven over one sinner who repents than over ninety-nine righteous persons who need no repentance. Except, I would like to add, when the sinner in question is that well-known hypocrite Ed Balls, the former Schools' Secretary and now contender in the Labour Party leadership election.

Not so long ago he said that the 2003 invasion of Iraq was an “error” for which Britain had paid a heavy price. Now he has gone that one step further in distancing himself from Blair, Brown and all their works. Writing in the Observer on Sunday he said that the former government’s immigration policy was wrong and that the party will only rebuild trust only if it admits “what we got wrong.”

The rejection of transitional controls over Eastern European migration, he continues, had a serious impact on many communities, his own Parliamentary constituency included, not ready for the full implications of globalisation. More particularly mass immigration had the effect on depressing wages and impacting on the working terms and conditions of too many people across the country. It seems to have been a case, if I interpret him correctly, of British jobs for Polish workers.

At least he’s making progress- the invasion of Iraq was wrong, uncontrolled and irresponsible immigration was wrong. If he would only take that extra step and admit that there were only two things wrong with his government: everything they said and everything they did! We will be paying for the incompetence of that criminal administration for decades to come.

Personally I would have them arrested and put on trial, in much the same way that members of the wretched Popular Front administration in the France of the late 1930s was later put on trial by the Vichy authorities. I’m afraid those arrested would have to include Ed Balls, who cannot escape from his past sins and from his nauseating, self-serving hypocrisy quite so easily.
Posted by Anastasia F-B at 17:02