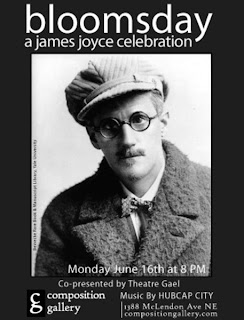 Tomorrow marks one of the most important days, no wait, the most important day in the history of modern literature (no qualifications here!) It's 16 June, Bloomsday, the day all of the action in James Joyce's Ulysses takes place, the day also that the author and Nora Barnacle, his future wife, first went out together. Ulysses, that wonderful, panoramic and magical book, is set entirely within the confines of 16 June 1904, although all time seems to be drawn in, a day when Leopold Bloom, after whom it’s named, wanders around Dublin as Homer's Odysseus wandered from Troy to Ithaca. The various episodes also allude to the journey outlined in the Odyssey, one step removed by the Roman translation of the name of the epic hero.

Joyce described Ulysses as his encyclopaedia, and in a sense that's exactly what it is with dozens and dozens of literary, poetic and historical allusions. I went so far as to say that if Ireland disappeared from the face of the earth it would be possible to recreate it using this book as a template. I was warned in advance when I announced that I intended read it, warned even by people who specialise in English literature, that it was 'impossible', that it was a real brain blower! But just as one would never sit down and read an encyclopaedia systematically from cover to cover, forgoing all else, I decided to read Ulysses 'discreetly', if I can put it like that, absorbing an episode at a time, with a day or two in between, interspersed with other reading. It worked and worked beautifully.

It was the Oxford Classics version that I read, based on the original 1922 text and annotated by Jeri Johnson. I'm so glad I did because the notes, which take up over a hundred pages, alerted me to so much that I would have otherwise have missed. The episode I enjoyed the most was Oxen of the Sun where Joyce writes in the style of a number of different authors, moving with ease from people like Defoe and Dickens, capturing their modes of expression with utter conviction.

Ulysses is one of those books that is met either with love...or incomprehension. In an early review H. G. Wells, outraged by Joyce's revolutionary style, described it as 'literary Bolshevism', a mark of his own fertile but limited imagination. If I were to describe it, or to try to match it to an image, I would suggest that it's a kind of cubist painting in words. I love cubism also, especially the paintings of Picasso and Braque, where a single object is seen in a myriad of facets, almost as if from the compound eye of a fly. That's Ulysses, a progress in a time looked at from a whole variety of angles, a whole series of perspectives.

A happy Bloomsday to one and all and please do raise a glass to one of the most creative and original authors who ever lived. 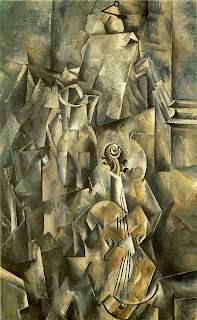 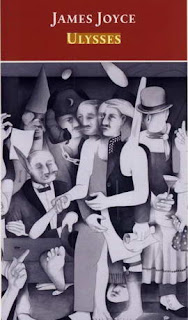