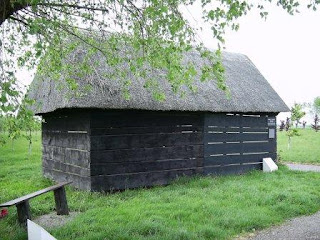 It’s now seventy years since the successful conclusion of Operation Dynamo, during which thousands of Allied troops, trapped in and around the French port of Dunkirk by the advancing German army, were rescued and brought back to England. The effort of the ‘little ships’, the pleasure boats and private vessels which played such a vital part in saving so many, has entered into folk memory. A story about some of these boats returning to France was shown on the BBC News recently.

It’s as well to remember, though, that there was another dimension to the success of Operation Dynamo that is not perhaps mentioned quite as often as it should be – namely the selfless courage of the men who were left behind, the rearguard that slowed the German advance on Dunkirk.

Last month The Daily Telegraph told the story of Private Bert Evans, the only living survivor of the Wormhoudt Massacre. On 26 May Private Evans, serving with what was left of the 2nd Battalion of the Royal Warwickshire Regiment, took up position in the village of Wormhoudt. His company was joined by units of the Cheshire Regiment and the Royal Artillery. Their orders were simple: they were there to buy time.

This was no idle sacrifice; for every hour the German advance was delayed the more men could be lifted from the beaches. Under assault from advance units of SS Leibstandarte Adolf Hitler Panzer Division, they managed to hold out for two crucial days, only surrendering after they ran out of ammunition.

No sooner had they been taken prisoner than a number were machine-gunned in the village square. The rest were crowded into a tiny nearby barn, a hundred men in all, and killed by a combination of stick grenades and machine-gun fire. The few badly-wounded survivors, Private Evans included, were later picked up and cared for by units of the regular German army.

At the south-west end of the Dunkirk perimeter the 2nd Battalion of the Royal Norfolks, along with the 8th Lancashire Fusiliers, had been ordered to hold the line at the villages of Le Cornet Malo, Riez du Vinage and Le Paradis for as long as possible. Leading the attack the SS Totenkopf Division suffered serious casualties. The Norfolks, cut off in and around a farmhouse at Le Paradise, were reduced to ninety-nine men. On 27 May, now running out of ammunition, they were ordered to surrender by their commanding officer. The captives, the majority of whom were wounded, were marched down a road off the Rue du Paradis to a prepared position where they were machine-gunned. The survivors were bayoneted. Two men survived the carnage, rescued by French civilians.

When Private Evans was interviewed by The Telegraph he said of himself and his comrades that he thanked God that they did their duty. They all did their duty, the Warwicks, the Cheshires, the Norfolks, the Royal Artillery and all of the others, all played a part in ensuring that their comrades would live to fight again. They, too, are worth remembering.
Posted by Anastasia F-B at 16:03