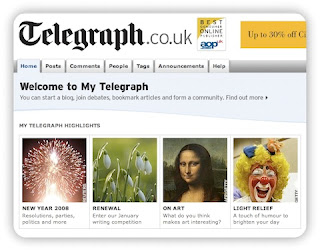 As well running this my own blog I also participate on My Telegraph, a readers' blog site run by one of the great daily newspapers in England, a right-wing treat! There I used to be Ana the Imp also. Now I’m anatheimp! I’ll explain the reasons for the change but let me say a word or two first about the site itself and how I came to be associated with it.

Last summer I read an article by James Delingpole, a journalist who writes for the Spectator as well as the Telegraph, on violent demonstrations against ‘Romanian’ immigrants in Belfast of all places. The BBC had previously reported the story in a way that left me completely baffled: there was no explanation why there were so many ‘Romanians’ in Belfast and why the local people had such animus against them.

It turned out that these people were not just Romanians but Roma gypsies which put a whole new perspective on the story. The information was crucially relevant, in other words, but the BBC, in its clumsy auntie-knows-best, politically correct fashion, had effectively censored the full facts. The essential point had nothing whatsoever to do with ‘racism’ and everything to do with truth, with integrity in news reporting. People have to be allowed to make up their own minds. Speaking personally, I was now able to place the story against a background of historic hostility towards the gypsies to be found across Europe, not just in Northern Ireland.

It was Delingpole who first made reference to the full facts, though I had more or less deduced the wider implications of the story. Pleased by what he had written, I decided to go and search him out on the main Telegraph news blogs run by the staff, not something I had ever done before. But I ended up on the readers’ blogs quite by accident, posting some comments thanking Delingpole on an unrelated contribution!

Not really able to find my way about properly I decided to join the site and post my own blog on the Belfast story. Then the comments came, including much speculation about my true identity from the inhabitants of a kind of mad village trying to make sense of a newcomer. “This is fun”, I thought, “I’ll hang around just for a bit to see how it goes.”

It really wasn’t my intention to stay long-term. But quite quickly I attracted resentment from a hardcore of people who clearly wanted to chase me away from what they obviously considered ‘their’ territory in a settled community. That was a big mistake; believe me, a really big mistake. I am as determined as all hell, and while I love compliments I can just as readily take strength from attempted putdowns and insults. I’m a fighter, not a quitter, as a certain British politician once said, and I have an amazing capacity to detect and ignore trolls!

So, I stayed and I blogged regularly from last July onwards. It was obvious that the place had certain problems: there was too much spam; there was too much cliquishness, too many people there just to exchange insults and fight petty wars. But I began to enjoy the experience and made useful contacts among a range of people, decent people with all sorts of opinions, people with whom I was able to exchange views even though there was often disagreement on some fundamental points. Unlike here my blogs there are mostly of a political nature.

Recently the spam got so bad that we were all forced to take a sabbatical while the site was reorganised. It was down so long that I honestly did not think it was coming back at all. But it did. There have been some technical problems. I had to stand back for almost a week because my email was appearing as my log-in ID. I could not go back, moreover, as Ana the Imp because the new ISP would not accept gaps; but with the help of Kate Day, the communities’ editor, my email was removed and anatheimp was born. The Imp is dead; long live the imp!

The new site has had some teething problems and, yes, it’s quite different from the old. Amongst other things comments on readers' blogs have been integrated with comments on the main news blogs. Some people are unhappy with the change but there will always be people unhappy with change because they simply don’t like change. But I like it, I like the way it’s laid out. The problems will settle down in time. In the meanwhile ana has posted her first blog on the new site to add to her existing archive, which fortunately has been carried over from the old. 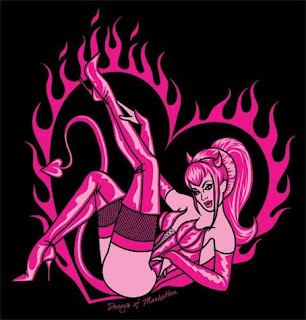