The Dream and Lie of Picasso 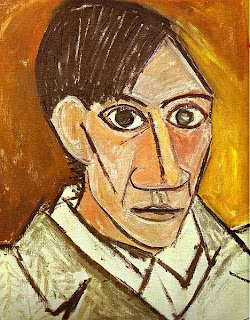 There is one certain truth about Pablo Picasso: he was first, second and last an egoist. But he was a great man of principle, the objection comes, a communist, a lover of freedom, a hater of fascism. After all, this was a man who depicted the horrors of Nationalist Spain in such works as The Dream and Lie of Franco. Alas, it has now come to light that he was actively involved in negotiations with representatives of that same regime in the 1950s with a view to having a retrospective exhibition of his work mounted in Madrid!

If such an exhibition had been held it would have been a major coup for the Falangists, destroying Picasso’s sainted reputation among the left. The Spanish foreign ministry agreed that the talks should go ahead, but on the grounds of absolute secrecy. When details were leaked to the press the whole project was simply abandoned, while official denials were released. But they were sufficiently far advanced for members of Picasso’s circle to write pleading that he should resist the temptation, according to a note left by Jean Cocteau in his diary.

These details are set to be released by John Richardson and Gijs van Hensbergen, working on the fourth volume of Picasso’s biography. Seemingly his views on politics, like so many other things, were a lot more subtle that usually assumed. He apparently told Cocteau of the communists that “I have joined a family, and like all families, it’s full of shit.”

The fact is that his love of Spain, his desire for an exhibition there, was greater than his love of the Communist Party. But greatest of all was his love for himself. Less full of shit, I feel sure, than communism. 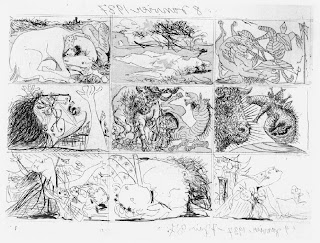