The Earl and the Dog 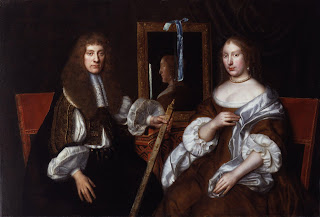 I've written quite a bit about cats recently so it's time for a tale about a dog! It's story that takes us into British history, to the later part of the reign of Charles II. This was a time when the great political question of the day, at some points the only political question, was that of the royal succession. Charles had no legitimate children so the heir presumptive was James, duke of York, his brother.

The fact that James was also a practicing Catholic had caused the King no little trouble. The late 1670s had seen serious attempts to have James excluded from the throne on the grounds of his religion, viewed as a danger to the political liberties of England. Charles had played his hand well throughout the Exclusion Crisis, out-manoeuvring the enemies of James, known as the Whigs, at every turn. His victory in England was complete when he dismissed the Oxford Parliament in 1681, the last of his reign.

But there were the other kingdoms to consider. Catholic Ireland would present no problem. That left Scotland, a country strong in its Protestant sympathies. It also happened to be strong in Royalist sympathies also and had remained generally quiet throughout the Exclusion Crisis. Still, better to make sure; better to weld all senior public figures to the legitimate succession.

It began simply enough in 1681 with the introduction of a Test Act, intended to bind all public figures in support of royal authority and the legitimate succession. But the legislation was so contradictory and so badly drafted that there were some who had serious reservations about taking the oath it contained. The most senior of these was Archibald Campbell, the ninth earl of Argyll and leader of one of the most important Protestant clans in the western Highlands.

Argyll was a man who had to tread carefully. He had many enemies and his father, the first and only Marquis of Argyll, had been executed for his part in opposing the Royalists in the Civil War. Argyll took the Test oath, but with the caveat that only insofar as it was consistent with itself and the Protestant religion. It was the moment his enemies had been waiting for. He was arrested and imprisoned in Edinburgh Castle. Fearing for his life, he managed to escape, eventually taking refuge on the Continent, not returning to Scotland until 1685, and then only to lead an unsuccessful rebellion against James, who had since become king.

Now this is where our dog comes in. The boys of Herriot’s Hospital, now George Herriot’s School, saw the potential for some low amusement in this high political drama. They decided that the school watchdog was in a position of public trust and should therefore be made to take the Test. When the matter was put to it the beast maintained a stony silence. This was taken as a flat refusal. But the dog’s defence council- yes, it was all properly conducted in accordance with Scots process! - clearly knew his way around the law, arguing that silence might be taken as much as assent as refusal.

The Test was then smeared in butter, described as Argyll's explanation, and put for a second time. No sooner was the butter licked off than the dog spat out the Test. In a mood of outrage the court sentenced him to be "hanged like a dog." Sir John Lauder, in recording this incident says that sentence was actually carried out. It was not; for the beast, like Argyll, managed to escape, although his office, all of his assets, both heritable and movable, and all of his feudal privileges were declared forfeit. Not content with that the boys issued a wanted notice offering £500, the same reward for the recapture of Argyll, for the apprehension of "ane cutt lugged, brounish Mastiff Tyke, called Watch, short leged and of low stature." So far as I'm aware Watch was never found! 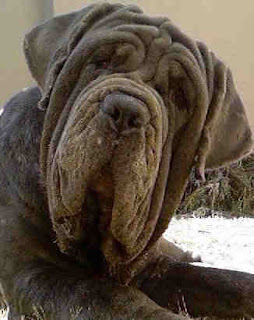