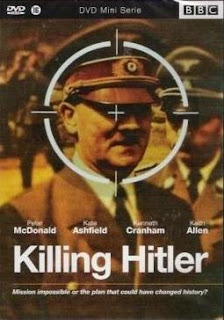 Last month at a conference in Moscow General Anatoly Kulikov, formerly Russian Interior Minister under Boris Yeltsin, said that Stalin called off two assassination attempts against Hitler, one in 1943 and another in a more advanced state of preparation in 1944, for fear that his successors would conclude a separate peace with the Western Allies. He continued by saying that in pursuing the war to the very end Stalin intended to destroy Germany as a future threat as well as gaining more influence in Eastern Europe.

It’s an intriguing claim but as yet no documentary evidence has been produced, though the general has said that the details will be forthcoming in a new book about Russia and the Second World War. Kulikov says that in preparation for the second plan the intended assassin had even infiltrated Hitler’s immediate entourage, before the mission was aborted.

We now seem to be entering the realms of the fantastic. Security around Hitler was severe. For a stranger to get anywhere within striking distance does not seem at all likely. The evidence, once produced, will have to be very strong indeed. Writing in The Telegraph Guy Walters has already dismissed Kulikov’s claim, in the continuing absence of proof, as ‘junk history.’ I suppose the general might just be trying to talk up the book to be published by the Club of Military Leaders, which he heads, but he is going to look rather foolish if this grand claim does not stand up to scrutiny.

Of course there is another possibility, that the general is reminding a Russian audience of the suspicions and fears once entertained towards the West, the Casablanca declaration that the Germans had to surrender unconditionally notwithstanding. It’s certainly true that if the attempt by sections of the German military to assassinate Hitler in July of 1944 had been successful any new government would have made an early approach to Britain and America. There were already tensions within the Alliance which might conceivably have resulted in a separate peace. The truth is that Germany had to be defeated and seen to have been defeated. Against this background cloak-and-dagger assassination schemes were quite irrelevant. Stalin would have understood that.
Posted by Anastasia F-B at 16:03