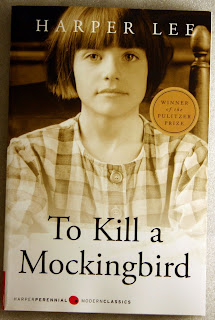 I read J. D. Salinger’s The Catcher in the Rye and Nell Harper Lee’s To Kill a Mockingbird, those twin classics of modern American literature, at more or less the same time in my mid teens. I remember thinking afterwards, once I had discovered something about the authors in question, that they were the best of books to have written…and the worst. The best in the sense that both were an immediate commercial and critical success; the worst in the sense that the authors’ work thereafter would always be judged to the standards set by these monoliths.

To these two books I would add Joseph Heller’s Catch 22, but at least this did not have the same impact on his life that The Catcher in the Rye and To Kill a Mockingbird had on the lives of Salinger and Lee, both of whom more or less stopped writing altogether, both of whom became recluses, hating the fame that their work had brought. I assumed they realised, in their different ways, that they only really had one great book inside them and that any further effort was pointless. Success for them was not a blessing: it was a curse.

I haven’t entirely changed that view. I did, however, read a very interesting feature article on Harper Lee by Sharon Churcher in The Mail on Sunday (Don’t mention the Mockingbird) which has caused me to partially reassess it. Harper Lee, whose book was published almost fifty years ago, grew up in Monroeville, Alabama, in the ‘Old South’, the pre-integration South, the South of Jim Crow. The racial bigotry witnessed by Scout Finch, the six-year-old narrator in Mockingbird, was essentially that witnessed by Lee herself as she was growing up.

It’s no secret that the novel has an autobiographical element. But it seems to have been much stronger than generally supposed, so strong that she came in for intense criticism not just from the community of Monroeville, who claimed to recognise themselves in its pages, but from members of her immediate family. The suggestion is from those who knew her well that this had a traumatic effect. Mockingbird is so authentic because it is so personal; but because it is personal it has also been deeply painful. There are some things that can only ever be said once.
Posted by Anastasia F-B at 15:50