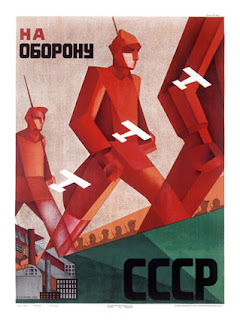 Politically I’m right-wing, not hard right-wing, not soft right-wing; just right-wing. I’m proud to be right-wing, proud to make this declaration, though I’m sure it’s no secret to those who have read my posts here. However, I think there is still a lot of confusion over exactly what it means to be on the political right.

For me the answer is simple. I follow in the footsteps of Edmund Burke; I think the French Revolution and all that followed was a catastrophe, a disastrous mess that introduced dictatorship, terror and collectivist abstractions into the modern political lexicon. I follow in the footsteps of Friedrich von Hayek, believing that The Road to Serfdom is one of the most important books ever written, a kind of Anti-Collectivist Manifesto, a book that exposed the intellectual fictions of the left, seeing that both the Communist and Nazi states had exactly the same roots.

I am right-wing in the way that Ayn Rand was right wing, believing in laissez-faire capitalism, limited government, low taxation and minimal welfare. I believe in libertarianism and what Rand called ethical egoism. I believe the individual should take pre-eminence and I wholly agree with the sentiments behind Margaret Thatcher’s declaration that there is no such thing as society, another misunderstood statement.

I believe welfarism, almost any form of state intervention, to be corrosive of self-respect and individual liberty, to be corrosive of individual identity itself. There was an anxious piece in the hyper-liberal Guardian newspaper recently about the growing influence among Conservatives of the Young Britons Foundation, whose chairman Donal Blaney has had the temerity to call for a scrapping of the National Health Service. My goodness, what a suggestion; what kind of right-wing devil could conceive of such a thing? Well, I could, for the simple reason that the ‘beloved’ NHS is a bloated, inefficient and wasteful monster, a view that I have made clear before. I hate the bogus consensus over this issue, the fear induced in the minds of ordinary people by the political left, a fear that prevents the long-overdue issue of reform even being discussed.

I am right-wing because I believe not just in personal responsibility but liberty, liberty as the guiding principle of my life, liberty within the reasonable limits of law, liberty guaranteed by a night watchman state. Looking over the past I think we, as a nation, took the wrong path in 1945, buying decorations and furniture for a house that was in effectively in ruins. We introduced a welfare culture that did much to destroy personal initiative; a Dracula that only existed by sucking the life out of the economy. A serious attempt was made to change direction after 1979 but not nearly enough, not enough to prevent us settling back into the bad old ways, ways that produced cities like Liverpool and Glasgow, those reservations of deprivation and dependence.

Right is right and left is wrong and never the twain should meet. :-)
Posted by Anastasia F-B at 15:35