April Fool, no, Just a Fool. 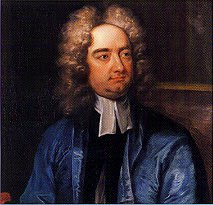 The great Jonathan Swift hated all forms of superstition, especially when it took the form of astrology. He had a particular loathing of one almanac-writer and astrologer by the name of John Partridge. Partridge compounded his offence in Swift's eyes by being a Whig, who attacked the Tory Anglican establishment. He was also in the habit of using his almanacs to predict the deaths of notable figures, achieving a few hits and far more misses. Swift took revenge in January 1708 by publishing a letter, under the pseudonym of Isaac Bickerstaff, entitled Predictions for the Year, in which he forecast Partridge's death of a 'raging fever.'

On April Fool's Day itself, another letter was published, purporting to have been written by 'man employed by the Revenue', in which it was announced that Partridge had indeed died. Swift went on to compose a 'eulogy', damming both Partridge and, more particularly, damming those who took his nonsense seriously.

Before long Partridge, who was very much alive, had regular crowds of mourners calling at his house, so dense that the trades people could get nowhere near the front door to make deliveries. He published a letter, saying he was still alive, to which Bickerstaff responded that nobody who was alive could possibly have written "such damned stuff as this." Partridge's reputation is said never to have recovered. 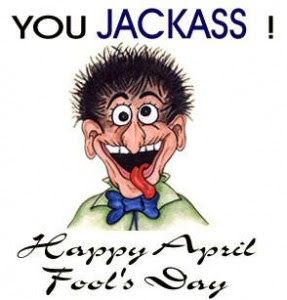