The Descent of New Labour 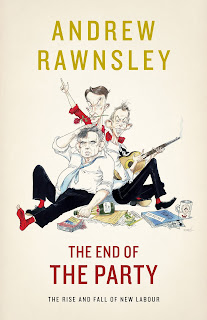 I have to admire the courage of Andrew Rawnsley, admire the courage of anyone who takes on the Labour spin machine, as vicious and as ugly as anything that flowed from the mouth of Joseph Goebbels. His revelations about Mad Gordon Brown brought forth the venom. There was lots of anonymous briefing about ‘malicious falsehoods,’ amongst other things. I suppose he can at least be grateful that his family wasn’t attacked, grateful that the vile Damian McBride is no longer part of the character-assassination team.

No, instead he had fat John Prescott, two jags himself, weighing in with “gutter journalism”. Rawnsley seems to me to be far above that but he is not beyond throwing a punch;

…John Prescott, a man whose infidelities include having sex with a junior civil servant in a hotel room while his long-suffering wife, Pauline, waited downstairs to have dinner with the treacherous and hypocritical toad. Her recent memoir describes how he slunk back to their home in Hull to confess to his adultery before it became public. His security staff preceded him to the house to dump a bag of his smalls for Pauline to wash. I know which of us is better acquainted with the gutter.
Ouch!

Rawnsley’s book The End of the Party: the Rise and Fall of New Labour, from which the Observer extracts were drawn, has now been published. At some eight hundred pages it’s a hefty read, though well worth the effort. If you are only interested in the revelations about the carpet-chewing madman who now lives in Downing Street you already know almost all there is to know, but there is so much more in this book about the way the country has been governed since Labour’s second election victory in 2001.

The sub text might very well be the descent of Tony Blair; about a man who visibly decayed in office, from the fresh-faced vision of 1997 to the grey-haired gloom of 2007. Margaret Thatcher seems to have flourished in power, notwithstanding all of the challenges she faced. Blair, in contrast, withered, demoralised by the consequences, amongst other things, of the invasion of Iraq.

Having this horror on his conscience he also had Mad Gordon muttering and plotting in the background, punctuated occasionally by hot flushes, shouts of “You’ve ruined my life.” This was an impossible relationship; a friendship soured by frustrated ambition, by the childish fury of a man who wanted to be at the top of the greasy pole, yet so obviously lacked the capacity, the judgement and the intellect for the position.

There are points, I suppose, when almost feels sorry for Blair, with Mad Gordon bursting in, like Mrs Rochester out of the attic, with the delightful forms of language much favoured by Labour- “You’ve stolen my fuckingg budget” or “When are you going to fuckingg go?” The Queen makes a late appearance, putting up with the insufferable Silvio Berlusconi at the G8. As another reviewer wrote, one almost expects her to burst into the room with a heartfelt “Give us a fucking break” :-))


Rawnsley also confirms something that I have long suspected: Blair, for all his persuasive ability, was essentially a weak man. Just as he could not control Mad Gordon he could not stand up to George Bush. Our intervention in Iraq is best seen in the context of a wider strategy in the Middle-East; it was intended to buy influence with America and commit Bush to a solution of the Palestinian problem. But the more Blair gave the more Bush took, offering next to nothing in return.


The book is a splendid insight into Labour, into a high-grade tragedy or a low-grade farce, I can’t really decide which. It’s all there, the lies, the plots, the betrayals and the back-stabbing, from things can only get better to could they conceivably get much worse.

If’t chance some cursed example poison’s near the head, Death and diseases through the whole land spread 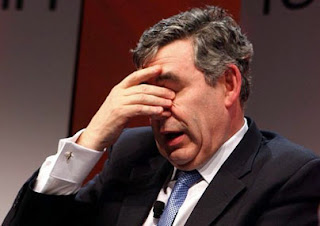