The Path to Hell 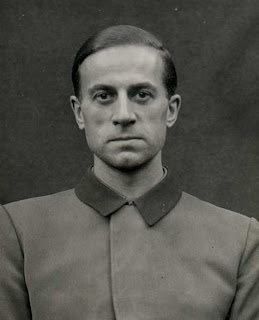 Not so long ago I read Karl Brandt: The Nazi Doctor Medicine and Power in the Third Reich by Professor Ulf Schmidt. Schmidt has 'reconstructed' the life of Brandt from bottom to top, reaching some surprising and disturbing conclusions in the process. His chief conclusion is that Brandt's actions were formed and conditioned by events, rather than by any deeply held beliefs.

Brandt's road from a follower of Albert Schweitzer's 'reverence for life' school to a mass killer was caused, in Schmidt's analysis, by a succession of key life events.
First of all, while he was working as a young doctor in the mining town of Bochum he had to deal with patients horrendously injured in accidents, many of whom pleaded for death. There was nothing he could do, for mercy killing was illegal under the Weimar Republic. When the restriction was set aside during the Third Reich, he was already predisposed towards the euthanasia programme, which he took part in from 1939 to 1941.

Second, horrified by his experience at Stalingrad, where he saw many of the soldiers die as a result of diseases exacerbated by malnutrition, he conceived a plan to develop high calorie, low volume artificial foods. These were to be tested on concentration camp inmates.

The third factor was his experience of the Allied fire-bombing bombing of Hamburg in 1943, which left many people terribly burned. Disturbed that many of these people were denied hospital treatment because of bed shortages, Brandt reacted by secretly re-launching the euthanasia programme, abandoned in 1941 under public pressure.

The final stage was his mustard gas experiments in concentration camps, a response to rumours that the allies were planning to use this form of attack on German cities, and intended to find a cure for inhalation.

From beginning to end there were acute forms of moral abdication. Brandt's personal road to hell was one paved with a perverted sense of good intentions
Posted by Anastasia F-B at 15:34