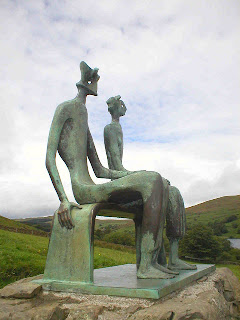 I make this confession against the background of a major exhibition of Moore’s work in the Tate, running until the beginning of August. I went, I saw, I left. Not that I expected to be convinced that the time had come to look again at an artist whose work is rather falling out of fashion. No, I suppose it was just to confirm a prejudice, not against contemporary sculpture, just against Henry Moore. There they are all lined up, those graceless shapes, not ugly, just pointless, a confirmation of how little talent the man truly had. 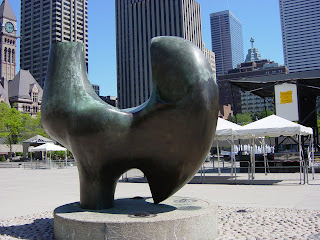 Please do not assume this arises from an animus against forms of art which do not adhere to traditional classical forms. No, there is a lot that I admire in artists who break conventional boundaries. I admire the work of Barbara Hepworth and I adore the Futurists, having a particular love of Umberto Boccioni’s Unique Forms of Continuity in Space.

Then there is Moore; shapes struggling for life and never quite getting there; lumpy and leaden and almost completely devoid of imagination, of truly creative intellect. There is no animation, there is no focus; there is just the same thing, time after time. No matter the subject it gets the same treatment to the point it becomes meaningful to say that if you have seen one sculpture by Moore you have seen them all; reclining figure, king and queen, mother and child, no matter; you’ve seen them all. It’s a bit like a pianist who was never able to progress much beyond chopsticks. 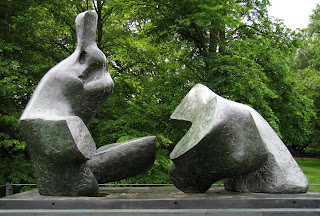 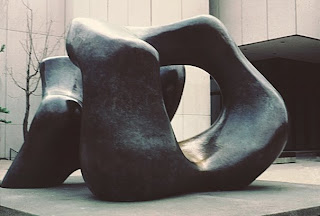