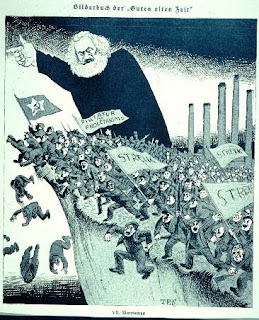 Let's reduce this question to the most basic terms. What is Marxism? Oh, I know what the standard answer is: it's a synthesis of German idealism, French politics and English economics. But at an even more basic level Marxism is no more than the intellectual process behind this supposed synthesis. Marxism, in other words, is Pallas Athena emerging fully armed from the head of Karl Marx in the shape of a nineteenth century Zeus.

Marx conceived and encompased in one mortal life a doctrine which supposedly explains the whole procees of human history and evolution. In this shape it is as absolute as the most doctrinare of Medieval scholasticism, because it envisiges and embraces the end of history itself. This, in all of its appealing simplicity, is its strength; and this, in all of its ambition and arrogance, is its weakness. For the process of degeneration, or, better still, the process of ossification, begins with the death in 1883 of the prophet himself. You see, while Karl Marx stopped, history did not. Clearly, with the master no longer present, the doctrine required interpretation and adjustment. The canon was safe for a time with Friedrich Engels in the role of Aaron. But with Engels's departure in 1895 there is no sure path left, no way of adjusting Marx to the continuing evolutions of history.

By the turn of the nineteeth century the German Social Democrats, by far the strongest Marxist party in the world, had turned the doctrine into sacred text rather than living practice, something to be visited on high days and holy days, and largely disregarded thereafter. It was Eduard Bernstein who recognised that Marxism, as it stood, was becoming historically obsolete, and was bold enough to suggest that there was a better, more modern way of dealing with the problems the party faced. He was attacked for his challenge to accepted orthodoxy by Karl Kautsky, the guardian of the sacred flame, though, for all his efforts, the theory became steadily more instrumental and less relevant. There was no one left to say, with authority, what Marxism was, and what it was not-at least not until Lenin took it in an entirely different direction from the Social Democrats-and from Karl Marx.

With Lenin Marxism moves in steadily decreasing circles; no longer the doctrine based historical inevitability and the mass party, but a doctrine of political action embraced by a self-selecting and conspiratorial elite. Lenin wins in Russia by a process that in no way corresponds to Marx's historical model; but political victory brings intellectual authority.

Alternative views, like that of Rosa Luxembourg or Julius Martov are disregarded, because Marxism has now become predicated on political success; it becomes, in turns, what Lenin, or Trotsky, or Bukharin or Stalin say it is, with authority always and everywhere derived from power, and power alone. In the end it becomes no more than an intellectual excuse, cynically exploited to justify the power and practice of the Soviet state. And so it continues, fragmenting and dividing, finding homes further and further from its origins, degenerating to ever more oppressive and ever more murderous forms. It is one of history's greatest frauds, a supreme exercise in bad thinking and bad faith; bad as theory, worse as practice. 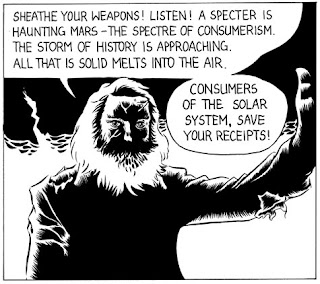