Sarkozy in Kigali; a report on the banality of banality 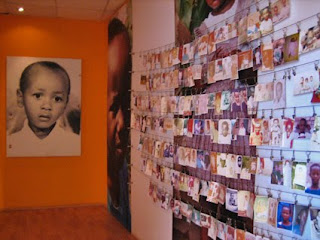 Rwanda was one of the places I visited in my gap before going up to university. While in Kigali, the capital city, I went to the centre dedicated to the commemoration of the 1994 genocide. The whole thing is so well done, placing what happened in the context of other racial massacres; explaining in great clarity the events of those terrible weeks in that terrible year.

I was moved, yes, but in a rather detached, coldly intellectual way; detached, that is, until I entered the final room, the room where details of a few of the children who died are given. Beneath large individual pictures are their names, the things they liked to do, their favourite foods, games and so on....and details of how they died. At once the whole thing took on a direct human meaning for me. I could feel my self-control going, willing all the time to get outside before anyone could speak to me. But somebody did. A member of staff asked if I was alright. That’s when I lost it; I broke into uncontrollable tears.

President Sarkozy of France was there the week before last, the first French head of state to visit Rwanda for a quarter of a century. There is no great surprise in this because there is still a deep anger in the country over the part France played in the genocide, in relative terms the most intense in human history, given that 800,000 people were killed over a few weeks in April. François Mitterrand, president of France at the time, a war-time collaborator, a man I feel worthy of particular contempt, bears a heavy and lasting personal responsibility for this tragedy.

Knowing little and understanding less of the racial politics of Rwanda, Mitterrand provided the Hutu government with financial and military aid. It is alleged in Rwanda itself that the French took that extra step, training and arming the Hutu militias in the period just before the genocide. It’s further alleged that the French did nothing to challenge Hutu forces after the killing began. Beyond that, according to an official report, some French units took part in the killing, or were responsible for the rape of Tutsi women. They most certainly stood by, stood by though under a UN mandate, and watched as people were murdered, mostly hacked to death with machetes.

Yes, there is anger in Rwanda, so much anger that it is no longer a member of any French bloc; so much anger that English has now been adopted as the official language and the country has joined the British Commonwealth, although it has no historic ties with England or the Empire.

Sarko did not lose control as I did. No, he came clearly hoping for reconciliation through historical amnesia. After years of official denial of complicity in the genocide, the most he was prepared to admit was that there was a kind of blindness and a “seriously flawed assessment of the situation.” Not much, really, from a man who came to power in 2007 promising a ‘rupture’ with his country’s past role in Africa. But if he is unable even to face up to the atrocities France committed in Algeria he will most certainly never be able to face up to its complicity in genocide. 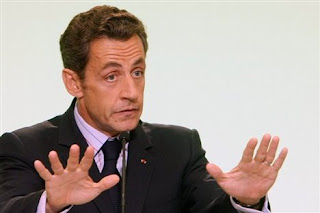