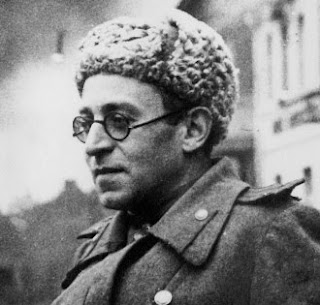 What an astonishing book Life and Fate is; what an astonishing man Vasily Grossman must have been. I’ve already written a partial assessment of this literary masterpiece here in a post I headed The Grand Inquisitor, which focused on the contents of a single chapter, one I had just finished, one that literally winded me, both intellectually and emotionally. Well, now I’ve finished the whole novel and it captivated me from beginning to end; captivated me with its intensity, its range, its breadth and depth of vision; captivated me with it’s simple humanity.

I’ve heard other novels likened to Tolstoy’s War and Peace, most recently The Kindly Ones by Jonathan Littell, a grossly overrated and at points unbelievably dull book. But Life and Fate, with no exaggeration at all, can truly be said to stand in the same literary pantheon as Tolstoy’s panorama; that Grossman found the voice of the Great Patriotic War as Tolstoy found that of the Patriotic War. It’s the kind of novel that I believe only comes once in a generation, perhaps once in a century. 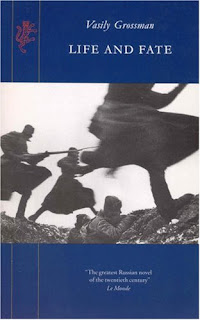 I’m not surprised that it was ‘arrested’ because I do not thank I’ve ever read a more damning expose of the moral corruption at the core of the Stalinist state, at the core of all totalitarianism. Grossman was right- absolute truth is the most beautiful thing of all. And absolute truth was the one thing the whole Soviet system, even after Stalin, could never allow, never admit. I’m truly grateful that the attempt to suppress this wonderful book was a failure.

I love Russian literature and this is a uniquely Russian book. But Life and Fate is more; it’s a work of insight, empathy and understanding, one that transcends all limits, all boundaries and all nationalities.
Posted by Anastasia F-B at 16:10