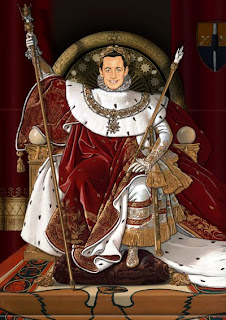 Things are not looking so hot for Nicolas Sarkozy, the Frog Prince, just at the present. There he is, poor midget, his marital problems compounded by growing political unpopularity. The UMP, his party, is expected to do badly in the regional elections, the first round of which was held today, as people turn to the rival Socialist Party.

Expecting a hammering, he has already attempting to distance himself to insisting that the vote is “purely regional”, nothing at all to do with national politics. Au contraire, Monsieur le President, you know very well this is test of you as well as your party, with your approval ratings now as low as 36%.

When it comes down to it Sarko is just a French Obama, if one can conceive of such a thing, a man who buoyed himself up with big windy promises, a man who was all things to all people. But now reality kicks in- unemployment is on the rise and people are increasingly concerned about how the country will recover from the economy.

Yes, there are clear frustrations with the UMP, but there is more; there is Sarko himself, not just his windy rhetoric but his abuse of power; his nepotism, his cronyism, his intellectual and political confusion, De Gaulle at one moment, Che Guevara at the next. He reminds me of Thomas Roper in A Man for All Seasons, liable to change from one position to another with considerable ease. You may remember what Sir Thomas More says of him:

Listen, Roper. Two years ago you were a passionate Churchman; now you're a passionate-Lutheran. We must just pray that when your head's finished turning, your face is to the front again.

The UMP is a conservative party, and I’m normally sympathetic to people with right wing views, but in France this is a product that does not do exactly what it says on the tin. Conservative voters simply do not know where they are with the muddle-headed president, particularly when it comes to Sarkonomics. Last November, as Henry Samuel reported in the Telegraph, he said that France must cease to be the world champion in state spending, the day after announcing a thirty-five billion “grand loan” for state investment. Where, I wonder, is the man who promised to raise working hours, cut taxes and increase flexibility? Where is the Gallic Thatcher?

No Gallic Thatcher, just a rather rerun of a sad old story. He is, it might very well be said, Napoleon IV, undermining the republic with his imperial and monarchist pretensions. The Fifth Republic always was monarchist in structure and tone, in contrast with most of its predecessors; but after De Gaulle the presidents mostly had the good sense to play this down. Not so the new Napoleon, who made himself look truly ridiculous in the Prince Jean affair, when he tried to helicopter his son into a prestigious position for which he was hugely under qualified. And then there is the bullying despot, who attempted to use the law to settle old political scores in the Clearstream trial.

In international affairs the confusion and venality is even worse, as Samuel points out, with Sarko embracing human rights at one moment and Colonel Gaddafi at the next; criticising the drift in Russian politics at one moment, declaring Vladimir Putin to be his friend at the next. With most other people I would say this simply showed a degree of state pragmatism but not with Sarko, not on the basis of the other signs of his shallowness and instability.

Oh, and then there is the vanity, his laughable sensitivity over his shortness, a dream to French cartoonists. He wears built up shoes; he stands on tiptoe or hidden stools beside Obama; he goes to meetings surrounded with hand-picked people even shorter than himself; he does not like to be seen standing on the same level as his tall wife. Why, oh why, did this silly little man marry such a tall woman? The answer is simple: that feeds another side of his vanity, to have a glamorous wife at his side. But she only serves to make him look all the uglier, all the smaller, all the more absurd, especially now that she has allegedly given him horns, to use an old-fashioned image that some, I feel sure, will recognise.

Ah, those the gods wish to destroy they first make president of France. :-) 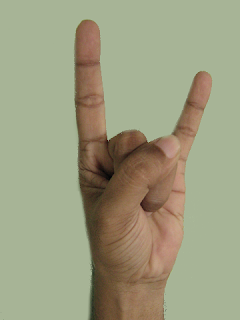