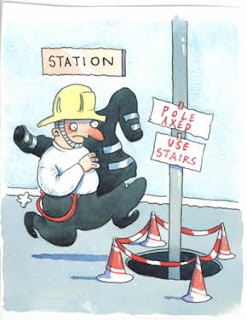 In commenting on the European Union, on the absurdity of the European Union, I said on a recent blog that I was going to see Tim Burton’s Alice in Wonderland because I wanted to know what a sane world looked like. Yes, it was a joke, a snappy, glib comment. But seriously, looking at things as they are, the madder they seem to become, the madder reality becomes, the reality of our politically correct world, governed by such things as Health n Safety.

Health n Safety, yes, is there anything more maddening than Health n Safety? I’m sure people will be mindful of the story reported last month of the car that plunged into the Rive Avon, leaving a five year old girl trapped inside while police officers stood by, prevented from an attempted rescue by safety regulations. It took ninety-seven minutes before a diving team arrived and another twelve minutes to pull her free. The little girl died later in hospital.

I offer no further comment here other than to say it’s tragic, the delays were tragic, and I fell certain that the police officers who witnessed this must be fully aware of the depth of the tragedy.

Now comes another tale of Health n Safety, this time from Scotland. Last July Alison Hume, a solicitor and mother of two, fell sixty feet down a disused mine shaft near her home in Galston, Ayrshire. The Fire Brigade was called but refused to intervene. Why? Because a memo issued four months earlier banned the use of rope equipment for lifting members of the public to safety. Instead they stood by and waited for six hours for a mountain recue team to arrive. In the meantime Mrs Hume could be heard moaning at the bottom of the shaft, growing quieter as time passed. Soon after she was lifted out she suffered a heart attack and died.

All of these details came out earlier this week in an inquest into her death. During this a senior fire officer admitted that it would have been possible for the crew on the scene to recue Mrs Hume but for the memo, and that all eighteen fire officers present were trained and capable of using the rope equipment. But Health n Safety intervened and this unfortunate woman was allowed to die a slow and lingering death. Of this Murdo Fraser, the Scottish Tory deputy leader, has said:

Of course, the safety of rescue workers has to be a major consideration. But a strict adherence to health and safety rules in such circumstances should not prevent life-saving action. 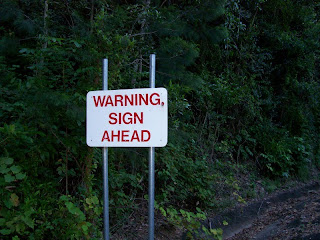