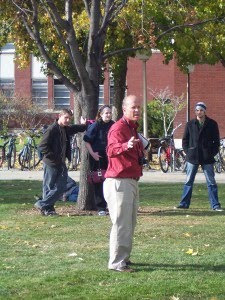 Six leading bishops together with Lord Carey, the former Archbishop of Canterbury, had a letter published in The Sunday Telegraph, saying that Christians are being treated with disrespect, subject to new forms of discrimination that do not affect other faiths. “In a number of cases”, they continue, “Christian beliefs on marriage, conscience and worship are simply not being upheld.”

I would go further: there are parts of this disunited kingdom where certain aspects of Christian belief are actively under attack, along with the right of free speech itself. In Scotland I read of the case on one Shawn Holes, a born again Baptist, who was arrested in Glasgow earlier this month, held in a police cell overnight, charged and subsequently fined £1000 after pleading guilty at a court appearance. What was his crime? Mr Holes believes that homosexuality is a sin. Because of some remarks he made on the subject at an open air meeting he was charged with “uttering homophobic remarks.”

Mr Holes, an American preacher from Lake Placid, in Glasgow with some colleagues, part of a Baptist group travelling around the country, when asked by a member of his audience for his views on gays replied that “Homosexuals are deserving of the wrath of God- and so are all other sinners- and they are going to a place called Hell.” His remarks were immediately reported to nearby police offices, who promptly arrested for saying that “homos are going to Hell”, to use their particular form of words.

His prosecution follows hard upon the passing of a law in the Scottish parliament allowing for the prosecution of those guilty of ‘hate crimes’ against homosexuals. In England a similar homophobic hatred law was qualified by the Waddington Clause, an amendment tabled by Lord Waddington that protects religious liberty by a free speech shield, an amendment passed, incidentally, in the face of government opposition. Scotland allows for no such liberty, no such freedom of conscience. So, in theory, Scottish Catholics, who happen to share the Baptist belief that homosexuality is sin, could face a similar prosecution to that of the unfortunate preacher if they dared, for example, to quote Leviticus 18:22 - Do not practice homosexuality; it is a detestable sin. Have I committed a hate crime even in writing these words?

I don’t happen to agree with sentiments behind Leviticus, just as I do not happen to like fire and brimstone style of preaching, but one rather expects that sort of thing from Baptists. What I do agree with is the importance of free speech and the right to hold a conviction, no matter if it conflicts with contemporary notions of political correctness and equality. For many Christians homosexuality is morally wrong, contrary to the teachings- as they interpret them - of the Bible.

The Wicker Man, the original version starring Christopher Lee and Edward Woodward, is one of my all-time favourite movies, a delightful extravaganza set among a pagan community living on an isolated Scottish island. Woodward, playing Neil Howie, a police sergeant and devoted Christian, is sent to the island supposedly to investigate the disappearance of a young girl. Shocked by open displays of pagan licentiousness he is determined to report his findings to the authorities, telling Lee, playing Lord Summerisle, the head of the community, “Sir, may I remind you that you are the subject of a Christian country.” Hmmm, I wonder if a modern Howie might find himself charged with hate crime. :-))
Posted by Anastasia F-B at 17:03