In the Shadow of Macedonia 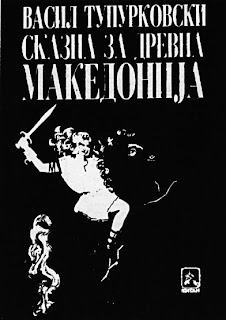 I really do hate to say I told you so (no, I don’t; I love it!) but the bailout of the profligate Greeks that I anticipated some weeks go has come. There is no magic; I do not have powers of prescience; it’s just that politics was always going to take priority over economics here. If it had not the whole euro zone may have fragmented; for it really is a case of stand together or fall separately.

The proposed multibillion euro transfusion is not just designed to stop Greece sinking but to restore credibility to the incredible single-currency zone, that lumbering patchwork monster. But the rescue deal- as rescue deals have a tendency towards - comes at a political as well as an economic price. The rulebook is to be rewritten to ensure greater fiscal discipline among the members. Greater fiscal discipline can only mean one thing: a close central audit of national affairs. Let me put this another way - a loss of budgetary sovereignty means a loss of national sovereignty. Athens, as I also said before, is set to fall under the tutelage of a new Macedonian hegemony.

So, what then of the proscription on bailouts, of rescues for the insolvent, all part of the original single-currency constitution? Nothing; that’s what. Reluctant as the Germans were, as angry as the Germans will be, this economic Tower of Babel was always going to require some fairly hefty underpinning at some point or other. Who knows; there may be more to come, as the medicine show moves on to Spain, or Portugal, or Italy, or Ireland, as the other little pigs fall to earth.

Commenting on this whole fiasco, Finland’s Olli Rehn, the new commissioner for economic and monetary affairs, has said;

The Greek case is a potential turning point for the eurozone. If Greece fails and we fail, this will do serious and maybe permanent damage to the credibility of the European Union. The euro is not only a monetary arrangement, but a core political project of the European Union…In that sense we are at a crossroads.

And as for the Greeks themselves they are certainly at a crossroads in the long history of their nation. Perhaps they may have cause to reflect ruefully on a few lines of Byron;

The mountains look on Marathon---
And Marathon looks on the sea;
And musing there an hour alone,
I dream'd that Greece might yet be free
Posted by Anastasia F-B at 17:24