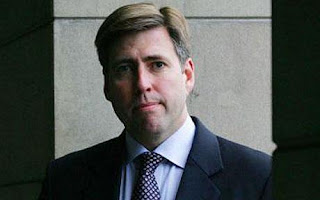 I'm delighted to say that reports of the death of the 1922 Committee, long the voice of back bench Conservatism in Parliament, have been greatly exaggerated! Graham Brady has been elected chairman having seen off Richard Ottaway, the 'official' candidate, by a comfortable margin. His position has been strengthened, moreover, by the election of Charles Walker and John Wittingdale, a committed Thatcherite, as vice-chairmen. Both have been highly critical of David Cameron's proposal that a vote of 55% of MPs be required to dissolve Parliament rather than a straight majority.

I said recently that I wish our new coalition government every success and I am absolutely delighted that David Cameron is Prime Minister. There are difficulties, though, and it's as well not to try to disguise these. The Prime Minister is clearly anxious to serve a full 'term' and is clearly not fully trustful of his new coalition partners. But the election of 2010 was not a great watershed, was not comparable to that of 1945, of 1979 or 1997, all of which brought fundamental change in the nature of British politics and society. No, the election of 2010 is comparable with that of 1923, 1929 or those of February and October 1974. If I know this I can be sure that David Cameron knows this. The election of 2010, to put it another way, is unfinished business.

The election of Brady, Walker and Wittingdale is in front bench terms a victory for the awkward squad. I see it as a victory for the party, a sign that Conservatives still stand on some fundamental principles and will not be treated as lobby fodder. If there is a message to David it's a simple one: he may be heading a coalition government but the Conservative Party itself is a kind of coalition; it always has been. It simply should not be taken for granted.

Brady's victory, moreover, is also a victory for the Eurosceptic wing of the party, a position supported by most of the bright young intake, particularly important now that we are in partnership with the Liberal Democrat Eurofanatics. It's a sign that Conservatives will not be pushed any further down the road of Euro integration or support any extra powers going to Brussels.

Congratulations, Graham, on a well deserved victory. I know you will be keen to see that the government is successful in tackling the big issues of the day, most notably the wretched state of the public finances, the wretched condition in which they were left by the criminal irresponsibility of the former Labour administration. I know that you will be anxious that the government is given time and scope to fulfil its programme. But you will be equally anxious that Conservatives and Conservatism is not to be taken for granted; that it can be pushed only so far down the road of compromise. Your victory means that David will have to be just as careful in dealing with his back benchers as he is in dealing with his new allies.
Posted by Anastasia F-B at 17:06