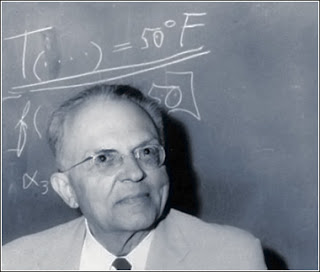 Rudolph Carnap , a German-born philosopher and a leading member of the Vienna Circle, claimed that from a reading of the Tractatus Logico-Philosophicus he could construct precise forms of language, free of metaphysical corruptions. But such an understanding is based on a partial reading of Ludwig Wittgenstein's complex little dissertation. For Wittgenstein meaning came from the world, not from sense-experience.

Carnap's approach was both impossible...and impossibly funny! The idea of restricted language was applied so rigorously among the Vienna Circle that it reached the stage of making any form of expression all but impossible;

We appointed one of us to shout 'M' (for metaphysics) whenever an illegitimate sentence was uttered in our discussion. He was shouting 'M' so much we got sick of it and got him to shout 'not-M' whenever we said something legitimate.

Ha-ha! Fortunately for Carnap he began to think a little more clearly, introducing what he called the 'tolerance principle', according to which there is not one but many logics. So, by this standard, any expression of language is acceptable as long as there are sufficient rules governing its logical application.
Posted by Anastasia F-B at 16:09