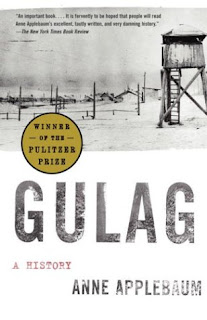 Last year I read Anne Applebaum's excellent Gulag: A History, a subject that began to interest me after I had read biographies of Stalin. The chapter that has remained in my mind most vividly is that dealing with attempted escapes.

There were escapes right from the beginning, though weather and location was a factor in determining their frequency. The proximity of many of the earlier camps to Finland was an important incentive in escape attempts. In 1932 alone over 7000 inmates were recaptured trying to cross into Finland. According to the official camp statistics some 45,575 people escaped over the whole system in 1933 alone, of which 28,370 were recaptured. In Kolyma in the far east of Siberia escapees organised themselves into gangs, stealing weapons and terrorising the local population.

It's worth stressing that the overwhelming numbers of these escapees were not political dissidents at all but hardened criminals. Some of their escape strategies were particularly gruesome. In view of the distances involved, lack of food was one factor working against a successful escape. To overcome this prisoners took to escaping in groups of three, two of the party deciding in advance who the 'meat' was to be; yes; that's right, the meat!

There are some good literary accounts of the gulag experience, and Solzhenitsyn’s One Day in the Life of Ivan Denisovitch immediately comes to mind. But for me nothing will surpass Varlam Shalamov's brilliant Kolyma Tales collection, told with the same insight and economy of prose shown by Guy de Maupassant in his short stories. Once a prisoner himself, his emotional detachment makes the experience all the more intense. 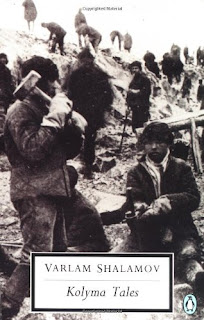