Queen of the Naga 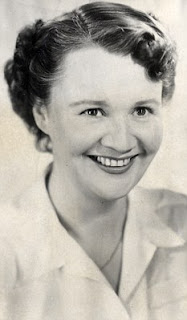 I came across an extraordinary story recently, the story of an extraordinary woman. Her name was Ursula Graham Bower, an old Roedean girl, a debutant, who led the Naga, a tribe of head-hunters who live on the border between India and Burma, against the Japanese in the Second World War.

Aged thirty years old, she had been living among the Naga since her mid-twenties conducting an anthropological study. But by 1942, with the Japanese advancing through Burma, the war had come to the Naga, living in hilltop communities straddled across India’s north-eastern frontier.

With fears that the Japanese would push on into India, good intelligence on enemy movements was imperative. A special guerrilla group known as V Force was therefore set up to explore the Naga Hills on both sides of the border. This is where Ursula came in because of her understanding of the Naga peoples and because of the unique bond she had formed with them. In August 1942 the head of V Force asked her to form her local Nagas into a band of scouts, combing the jungle looking for signs of Japanese troop movements.

She thus became the only female guerrilla commander in the history of the British Army, detailed to lead some one-hundred and fifty men in a wide sweep across some eight hundred square miles of difficult mountainous jungle terrain. Her appointment was only supposed to be temporary and she received no military training at all. But she remained in post, performing a vital role in 1944, when the Japanese finally mounted their offensive against British India.

It was one of her patrols which spotted the enemy moving in strength through the Naga Hills, some three divisions in all. The message was sent back to General Sir William Slim, commander of the Fourteenth Army, who had almost been taken by surprise, expecting the Japanese to take an easier route, not push through such difficult jungle terrain.

As the Japanese moved on Kohima Ridge, Ursula, some eighty miles away watching the jungle passes, was given a consignment of rifles and permission to move forward and engage the enemy directly. Her troops advanced through the jungle, rescuing stranded Allied airmen on the way. Soon her fame spread, with American pilots referring to her as the Jungle Queen. To the British she was Queen of the Naga, a person to whom men were sent to be trained in jungle warfare. The Japanese offered a reward for her capture, dead or alive.

Ursula’s unit was disbanded in November 1944, after the Japanese had been decisively defeated in the battles of Kohima and Imphal. For her bravery she was awarded an MBE and the Lawrence of Arabia medal. She died in 1989. A remarkable life; a remarkable woman.
Posted by Anastasia F-B at 16:06