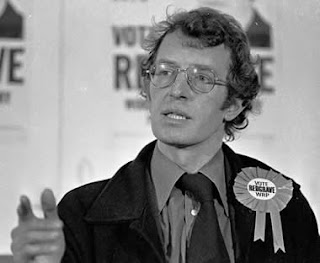 It seems to me to be self-evident that the hypocrisy that characterises so much of English life is nowhere better illustrated in the art of the obituary – no matter how much a person was hated in life they are almost invariably loved in death! I would go so far as to say that a critical obituary, along with death itself, is the last of the great taboos.

These thoughts have been brought on by a piece by Nick Cohen – a fearsomely honest writer, one of my favourites – in the May issue of Standpoint. Here he comments on the manner in which BBC Radio 4 appraised the life of the actor Corin Redgrave, who died last month. The focus was on the whole life, not just on his abilities as an actor, which could reasonably have afforded a fair and balanced treatment. But the whole life inevitably drew in his politics, his way of “constantly looking at all forms of injustice and oppression”; his way of being “a passionate campaigner on political and human rights causes” and “trying to make a better world.”

We all know that the BBC is often lacking in the most basic editorial skills, often lacking in the ‘balance’ and ‘neutrality’ that its charter demands. These quotes from Last Word, Radio 4’s obituaries show, provide no better illustration of this simple truth, anodyne as they appear on the surface. For as Cohen reminds us, Corin Redgrave, along with his sister Vanessa, was a life-long member of the Workers Revolutionary Party (WRP), a Trotskyite sect run by one Gerry Healy, a particularly obnoxious and paranoid little tyrant, much given to the sexual abuse of the female members of his party, as well as enjoying a general penchant for intimidation and violence. Is it on this basis, I ask, that “human rights causes” and a “better world” is to be advanced?

The WRP, a cult in every way as nauseating as Scientology, was simply a vehicle for Healy’s vanity and aggrandisement. A totalitarian by nature and inclination, he took money from any source available; and the sources included Colonel Gaddafi and Saddam Hussein, those well-known exponents of “human rights causes” and a “better world.” As part of the bargain the WRP took the lead in advancing what I would refer to as the New Protocols of the Elders of Zion, a form of anti-Semitic conspiracy theory, once the prerogative of the right, now found on the left, or that which purports to be the left. Iraqi dissidents living in London were also spied on, their details passed to the Baathist state.

I take the view that the capacity for self-delusion on the left is almost limitless. I say almost because the WRP collapsed in 1985 when the details of Healy’s political contacts and sexual excesses - which did not stop short of rape - became too much to contain. In all some twenty-six female members of his party accused him of “cruel and systematic debauchery”, the exercise of a droit de seigneur that might have been envied by a medieval baron. Healy went on to form the Marxist Party, a tiny hard-core of the super deluded, and these included the Redgrave double act, looking for “human rights causes” and a “better world” in the company of a reptile.

Cohn concludes his anti-obituary as follows;

Radio 4 cannot tell the true story of the Redgraves’ politics because, although Marxist-Leninism has long gone, a part of the poison of the Trotskyism of the 1968 generation lingers in the bloodstream of the wider Left – the propensity for Jew-baiting and conspiracy theory, the shrieking dogmatism, and, beyond all that, the self-censorship, which stops a broadcaster legally obliged to be objective dealing plainly with news that reflects badly on its class and its kind.

I have little doubt in my own mind that the much-hyped 1960s was the worst decade in this country’s history, a decade whose causes and personalities have done so much to corrupt our national life, a low dishonest decade. Once the last traces of the hippy generation have slipped into the past, along with bell-bottoms and the Beatles, will be the time to write a final and damning obituary.
Posted by Anastasia F-B at 16:33