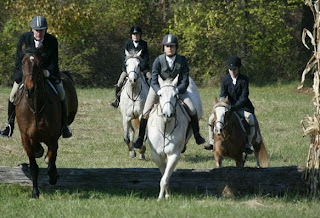 Our bright new coalition government is still less than two weeks old. I’m still full of optimistic goodwill. It’s such a delight to see the face of David Cameron when a story about the Prime Minister is announced on the television news, not that frightful old ogre Gordon Brown.

Still, I have some concerns and it would be wrong to keep quiet about them. The mistaken attempt to ‘co-opt’ the 1922 Committee, long the voice of independent back-bench Conservatism, would seem to be a stab at appeasing our Liberal Democrat partners. After all, this is a committee that takes its name from the time when a successful Tory coup was mounted against Lloyd George, the last prime minister with any Liberal associations! But my biggest concern by far is over the issue of a free vote on hunting with hounds, one of the Tory manifesto promises.

I know there are big issues to be faced, issues of more immediate concern than fox hunting. I accept this ancient country pursuit, one for which I have huge affection, will slip down the government’s political and legislative agenda, for the time being. But it’s going to have to be addressed before the end of this Parliament if David Cameron is to retain any credibility in rural England. Just as important, it’s going to have to be addressed if he is to retain any credibility among many of his back-benchers, some of whom have the feeling that their interests and the interests of the party are set to be sacrificed to a collection of tree huggers.

There was an excellent editorial in The Times last Thursday on this very issue. The point was made that a failure to address this topic is likely to be a mistake for the simple reason that Cameron will have to demonstrate at some point that the coalition does not involve the suffocation of Tory instincts. I will add that failure to do so would be a demonstration of his personal weakness, a demonstration that the ‘new politics’ is just so much froth and fluff, unable to tolerate any kind of stand on the most basic of principles.

What has he got to lose, I ask myself? As The Times says, all that the Tory manifesto promised was a free vote. What would be more in keeping with the new political mood than a free vote on an issue of civil liberties? A vote on this issue is also likely to quell discontent among Tory loyalists, all those who wished the campaign had been fought around solid issues, issues that people could relate to, like Europe, taxation and immigration, not the vacuous nonsense of the Big Society. Those who represent rural constituencies will be able to tell voters that the party still cares about their concerns, concerns that will not be drowned in soft-soap liberalism. The Times leader concluded as follows;

Eleven million people voted Conservative. Many hoped for a government based on fundamental Conservative principles. Mr Clegg’s remarks about “rebalancing the tax system” and protecting the Human Rights Act suggest that the Conservatives will have to fight hard for those principles in the coalition.

Foxhunting is a small but symbolic part of that battle...The Conservative Party is a leading partner in this coalition. Certainly, compromise will be essential. But the Tories should not run scared of their instincts.