Norwich and the Blood Libel 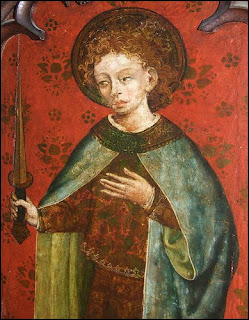 So far as the great currents of European anti-Semitism are concerned England, I believed, always stood apart. Yes, there were incidents like the Massacre at York during the reign of Richard I followed by the final expulsion of an impoverished community a hundred years later, though there were few of the wholesale pogroms that were a part of Medieval life in the rest of Western Europe from the First Crusade onwards. Put another way, I believed that England added nothing that could be defined as unique to the experience of Jewish persecution. I now know that not to be true: England added one of the most enduring anti-Jewish myths – that of the blood libel.

The latest edition of History Today carries an article by Miri Rubin, entitled Making of a Martyr: William of Norwich and the Jews. This concerns the case of a twelve year old boy who was found dead in 1144 close to his home town of Norwich in the east of England. At that time the town had a small but flourishing Jewish community which enjoyed the protection of the crown. The circumstances of William’s death are not at all clear, though six years after the event Thomas of Monmouth, a monk of the Norwich Cathedral Priory, wrote The Life and Passion of Saint William of Norwich, a determined attempt to prove that he was martyred by the local Jews, killed as part of a ritual sacrifice.

Thomas’s motives are not entirely clear. There was, of course, an abiding tradition of religious anti-Judaism in the church. There was some resentment over the role of the local sheriff in giving protection to the Jewish community, a particular source of anger among the peasants, compounded, perhaps, by church teaching. It also has to be said that talking up the cult of Saint William was good for business, if I can put it like that, as possession of relics attracted pilgrims and pilgrims, the tourists of the day, brought wealth.

The story was already in wide circulation when Thomas arrived in Norwich. Popular opinion was firm in the belief that the Jews were responsible, a view rejected by royal officials for lack of proof. William was also held to be responsible for a number of miracles, leading to the creation of a local cult, something generally discouraged by the church, which preferred more ‘international’ saints.

It was after Thomas made it his business to investigate the story that it acquired more than a purely local significance. The fact that the authorities in the person of Sheriff John de Chesney had rejected the unfounded accusations, and given the Jewish community protection in Norwich Castle, is explained away as the result of bribery. The malevolence of the Jews stands in contrast to the purity of William; in exchange for their evil came his good. The blood libel, the notion that Jews deliberately used Christian children in ritual sacrifice, had entered history. To this day it has never gone away.

The following century William was joined by Little Saint Hugh of Lincoln, an even more celebrated case, mentioned by Chaucer in the Canterbury Tales. On the Continent they were joined by such figures as Simon of Trent, Christopher of Toledo and others. The latter case is particularly important in that it had a clear political purpose, facilitating the final expulsion of the Jews from Spain.

With the emergence of the secular age the blood liable simply underwent a metamorphosis, taking on modern racist and anti-Semitic forms. In Russia in 1913 one Menahem Mendel Beilis was put on trail on a charge of ritual murder, a particularly notorious case the facts of which Bernhard Malamud was later to use in his novel The Fixer. The post-war Kielce Pogrom in Poland is directly attributable to the blood libel. It continues, even so far as the present day, part of an ever-present anti-Jewish narrative arising from the cloisters of Medieval Norwich. 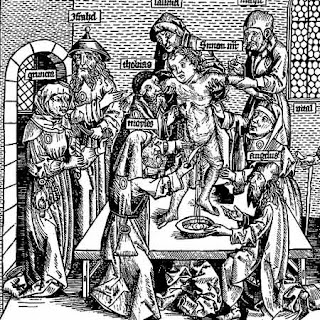 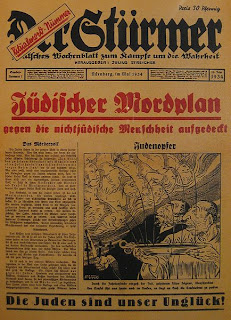