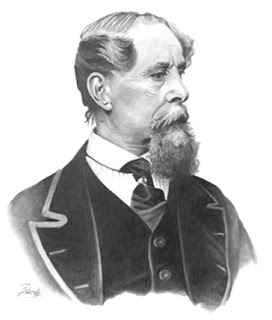 This coming month will mark the one hundred and fortieth anniversary of the death of Charles Dickens. I’ve loved the work of Dickens for as long as I can remember, well ever since my class in prep performed a play based on A Christmas Carol. Along with Dostoevsky he ranks as my favourite author.

I’ve now read all of his major and much of the minor work. Our Mutual Friend is a firm favourite among his novels, featuring Lavvy the Irrepressible, one of the best minor characters, in my estimation. Like her I am neither minx nor sphinx! And I simply adore Sketches by Boz, the Hazlitt-like cameos he wrote at the beginning of his writing career.

Often his plots are quite incredible and the characters behave not as fully independent entities, not as fully rounded human-beings, but as marionettes, actors in the theatre of the author’s mind. But it’s the vast comic panorama that appeals so in all of its burlesque excess and exuberance, that wonderful procession of the most memorable types, large and small, in English literature, good, bad and outrageous – Pickwick, Wilkins Micawber, Uriah Heep, Fagin, Bill Sykes, Miss Haversham, Mr F’s Aunt, Peggotty, Pecksniff, Mrs Gamp, the Boffins, Scrooge, Bradley Headstone, Mr Dick, Joe Gargery, Wackford Squeers, Magwitch, Sam Weller, Captain Cuttle and on and on, a whole Shakespearean carnival, characters memorable for a phrase, an attitude or a form of deportment. Once absorbed they can never be forgotten.

Yes, the baggy monsters, those whose end was not anticipated in their beginning, have for me a lasting appeal. Those that I’m least fond of are probably the most consistently plotted, the most disciplined of his novels, which would have to include Hard Times and A Tale of Two Cities. Barnaby Rudge, his other history novel, also had less of an appeal for me. But David Copperfield, Little Dorrit, Bleak House, Great Expectations, Nicholas Nickelby, Oliver Twist, Martin Chuzzlewit, The Pickwick Papers (not really a novel at all), Dombey and Son and The Old Curiosity Shop all enthralled me along with Our Mutual Friend. Even The Mystery of Edwin Drood, unfinished at the time of his death in June 1870, shows that he was losing none of his skills as a writer, despite the deterioration in his heath brought on by tremendous overwork.

Little Nell, ah, yes, Little Nell, the heroine of The Old Curiosity Shop, what can I say about Little Nell? I might very well agree with Oscar Wilde, who said that one would have to have a heart of stone to read of the death of Little Nell and not dissolve into tears…of laughter. Yes, Dickens lays it on thick, that mawkish mid-Victorian sentimentality which at points dissolves into complete mush. No matter; he has a magical capacity to seduce me with the power of his words, to make me suspend disbelief and set my cynicism to one side; to reach me at a basic emotional level, to turn me into a mid-Victorian girl! I cried for Nell just as I cried at the equally mawkish description of the death of Paul Dombey, unashamed and unrestricted.

By far the best work of criticism on the author I have read is George Orwell’s essay Charles Dickens. He depicts him as he most assuredly was – one of the great English radicals, tireless in his criticism of the various abuses and injustices of the day, whether it is the operation of workhouses, or the law, or government, or education, or bureaucracy in general. But the thing, the essential thing, is that he tackles none of these things as a revolutionary but as a moralist. Or, rather, he is a revolutionary but the revolution he wants is not in institutions but in attitudes. A decent world will emerge, in other words, when people behave decently to one another, when they learn to behave decently to one another. There is no better illustration of this than the reformation of Ebenezer Scrooge, from heartless capitalist to jolly capitalist, but still a capitalist!

His novels, moreover, always offer a final resolution, and I do mean final. One always feels that the world or, better said, history has come to an end: all the mishaps and the evils are passed, all the action is over; the only thing that remains is an endless summer of big dinners, happy families, new arrivals and blessed death, surrounded by those one loves. The Victorian melodrama gives way to a perpetual nirvana, the Shangri-La of the bourgeoisie! In all it’s a world, for all its obvious faults and lack of verisimilitude, that is a reflection of the author’s own generous spirit, his desire to ensure that all is for the best in the best of all possible lives.

It was 1940 when Orwell published his essay. England was at war. Europe was divided between two great ideological camps. He concluded with some of the most cogent sentiments ever written;

He survived them all; he always will survive that which makes life ugly and unlivable. For as long as people are able to read people will read Charles Dickens, who rests forever in the same pantheon as Geoffrey Chaucer and William Shakespeare, the great pantheon of English literature. 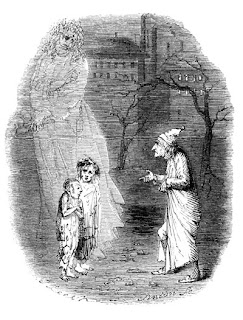 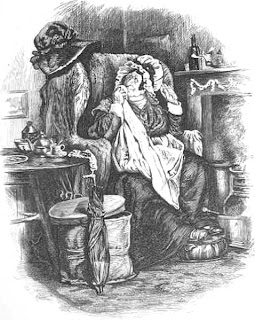 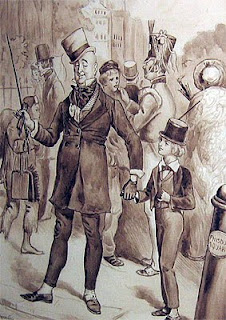 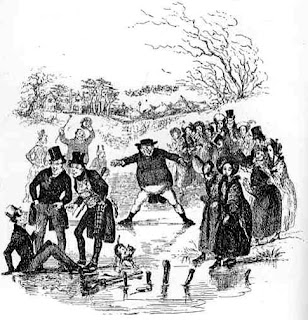 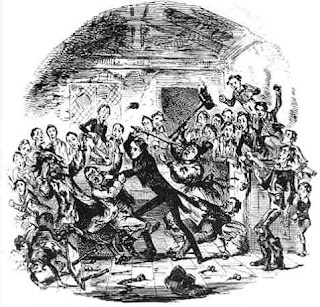 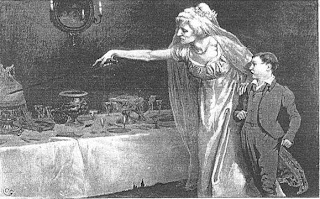