The Birth of the State 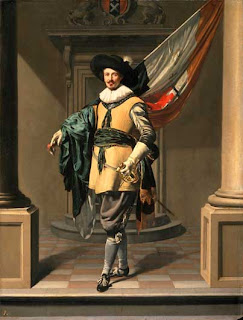 I've always considered it slightly strange that the nation state, nationalism itself, seems to have arisen with such historical suddenness, a little like Pallas Athena from the head of Zeus, with no roots or genealogy; a bastard creation, it might be said, of the Industrial and the French Revolutions. But the First French Republic, the prototype of the modern nation state, had to draw into the past for its own sources of inspiration; to the republican communes of Medieval Europe, and back through them to the forms of patriotism, solidarity and civic pride found in Republican Rome and the ancient Greek polis.

There is also a second tradition, no less important, of the seventeenth-century Protestant commonwealths; of England, of Scotland, of the Netherlands and of the Swiss city states, whose people, like new Israelites, were considered to be united by God's Covenant. It was this sense of uniqueness, of being the chosen and the elect, which gave rise to the desire for ever closer forms of unity and identity, the very earliest forms of religious and cultural nationalism. It was these revolutionary principles, of civic identity and religious ideology, which helped overturn the established hierarchies of trans-national empires, of the church and of the state.

So it was that by the late sixteenth and the early seventeenth century that the nation was already taking shape; a community united by a common language, demarcated territories, a dominant set of religious beliefs, a centralised bureaucracy and a uniform legal code. This was the framework that gave rise to nationalism; in covenants, in civic-republics and in new forms of popular sovereignty. As far as I am concerned the first evidence of nationalism as a shared sentiment in the modern sense comes with the Dutch Revolt against the Spanish Empire: a war of the 'elect'; a war of shared loyalties and a common identity; a war against a foreign oppressor. The primary focus of loyalty was no longer a kings, princes or lords in the medieval sense, but much more abstract concepts, focused on a unique sense of national and religious mission
Posted by Anastasia F-B at 16:11