In the Grip of the Bear 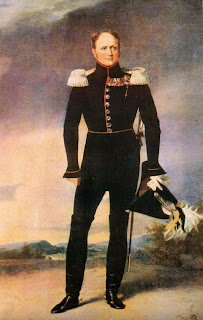 I suppose most people’s understanding of Napoleon’s invasion of Russia in 1812 has been shaped by a reading of Tolstoy’s War and Peace; I know that mine has. It’s one of the great epics of national consciousness, a true patriotic hymn.

But it only tells a partial story because Tolstoy had little interest in what happened after what was left of the Grande Armée was chased across the Neman in December of that remarkable year. It’s thanks to Russia, thanks to Tsar Alexander, that Europe was liberated from the hands of Napoleon, from the rapacious imperialism of a man who must count as the modern world’s first dictator, the first Little Corporal.

The full story of the War of 1812 to 1814, the story of Russia’s part in this struggle, is ably told in Russia Against Napoleon: The True Story of the Campaigns of War and Peace by Dominic Lieven, a wide-ranging, deeply researched and wonderfully written history. This is a book that gives the lie to some of the old myths, notably the French contention that Russia owed her victory not to its national spirit, its determination to resist a foreign invader with all of the means at its disposal, but to the severity of its weather. No, the Russians were superior to the French in so many ways, in the quality of their armed forces, particularly the cavalry. Mention should also be made of the excellence of the intelligence service as well as the skilful way in which the game of international diplomacy was played.

The reason that Napoleon failed so spectacularly during the invasion of 1812 itself is really quite simple: with his usual arrogance and conceit he thought he was the hunter when in reality he was the hunted. He was looking for a quick victory, after which Alexander would be obliged to make peace. But Alexander, under the guidance of Mikhail Barclay de Tolly, his war minister, aimed at destroying Napoleon by drawing him ever deeper into Russia, extending ever further his lines of communication, while harassing his army by defensive bites followed by all-out attack.

It’s all here, all the great battles, not just the Borodino of War and Peace, but those of the two year campaign that came after, climaxing in Leipzig, the Battle of the Nations, followed by the advance on Paris itself. Alexander himself, that complex and contradictory man, is depicted in a far more nuanced way as a skilful strategist and diplomat, one who managed to rally Prussia and Austria as the Russian army moved westwards, careful to show that this was an act of liberation, careful to keep his armies under strict control, retaining discipline to the end.

We in the west owe so much to Great Russia. It’s a pity there was not a better understanding of that simple truth.