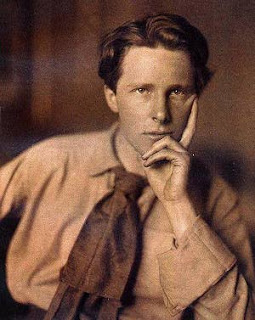 While I can admire the skill, the intelligence and the sheer power of Wilfred Owen and Siegfried Sassoon, the poets of the Great War, I have serious reservations when it comes to the influence they exerted.

Owen’s Anthem for Doomed Youth is perhaps among the greatest of the last century, expressing in simple words the gap between a noble ideal and the ugly reality of war. But it and others contributed to the pacifism of the 1930s, a movement that objectively aided the enemies of England, a movement that left her psychologically and practically unprepared for war, almost to the point of no recovery. For this reason, and for others, the poet of that generation that I admire the most is Rupert Brooke, that golden, beautiful boy, for the simple patriotism of poems like The Soldier, or the lyrical beauty of The Old Vicarage, Granchester, recalling a gentle England of long ago,