The 29th of this month will mark the 350th anniversary of the Restoration of the English Monarchy in the person Charles II. Although in royalist and legitimist eyes Charles had been de jure king ever since the judicial murder of Charles I, his father, in January 1649, England had been governed in the interim period by a republican Commonwealth and then a Protectorate, a military dictatorship under Oliver Cromwell, certainly a monarch, a king in all but name.

The Restoration by happy coincidence also fell on the King’s thirtieth birthday. Parliament, in celebration, both of the royal birthday and the Restoration, declared 29 May 1660 to be a public holiday and;

to be for ever kept as a day of thanksgiving for our redemption from tyranny and the King's return to his Government, he entering London that day.

In the name of Oak Apple Day or Royal Oak Day the holiday was kept for almost two hundred years, only finally abolished in 1859. It’s rather a pity, really, that this quintessentially English celebration did not survive into the modern age, though I suppose it would have become less and less relevant over the years, certainly in recent times, when the whole notion of Englishness and a specific English identity has been under attack. Still, I’m pleased to say, that a toast is still offered at some halls in Cambridge in memory of the occasion.

The oak reference itself is to the famous incident after the Battle of Worcester in September 1651, when the King was obliged to take refuge from victorious parliamentary troops in an oak tree near Boscobel House in Shropshire. 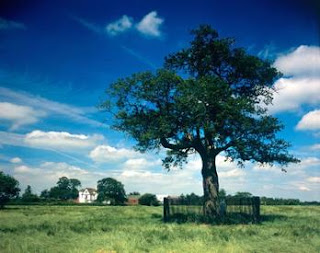 The holiday was more than a celebration of a political event. England under the republic had been a bit like Narnia under the rule of the White Witch, a place where it was always winter and never Christmas. Oak Apple was therefore an opportunity to revive customs displeasing to the puritans, including many with obvious pagan associations. The monarchy was celebrated, yes, but so to was the Green Man, the abiding spirit of the woods, of an even older England that not even Cromwell had been able to destroy. 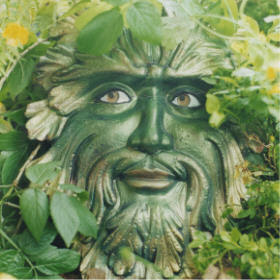 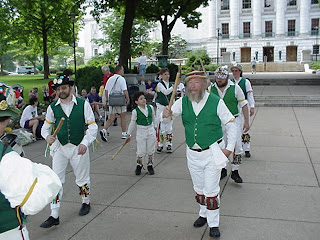